Murugesan added: "So, it does that on the right. It's true. There is bias. I don't know the two parties can truly coexist on one platform".

If you don't want to watch the video, I've transcribed it below:

PV journalist: "what do your colleagues say about it (Elon buying Twitter)".

PV journalist: "what do they say?"

Murugesan replies: "they're like, 'this would be my last day if it happens".

PV journalist: "has much changed since like Elon's coming in?"

PV journalist: "why are you guys so worried though?"

Murugesan replies: "you know, our jobs are at stake. Like I started working for Twitter and became left. I think it's just like the environment, like you you're there and you become this like commie. We did all we could to like revolt against it. A lot of employees revolted against it, but at the end of the day, board of directors have the say, and then they acted on their best interests cause they didn't wanna get sued".

Murugesan continued: "I basically went to work like four hours a week last quarter. And it's just how it works in our company".

PV journalist: "How would you describe communism inside Twitter?"

Murugesan replies: "essentially like everyone gets to do whatever they want, no one really cares about like OPEX (Operating Expenses), like capitalists, they care about numbers or care about how to make the business more efficient. But in Twitter, it's like mental health is everything, like if you are not feeling it, you can take a few days off".

Murugesan continued: "People have taken months off, they will come back. But you always like, like do you best at any time. And that's the culture and you know, we'll run the business as much as possible. Capitalists would be like, "you gotta try to make profits or you're out." A lot of people won't survive in that culture". 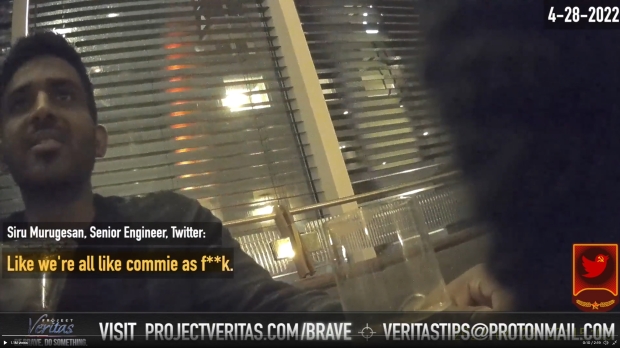