A study on the algae-powered microprocessor titled "Powering a microprocessor by photosynthesis" has been published in the journal Energy & Environmental Science. 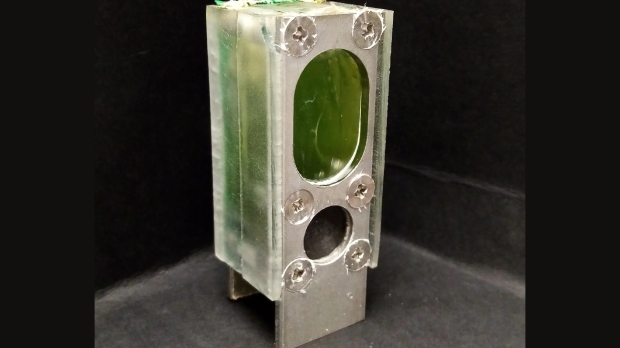 The widespread Synechocystis species of non-toxic, blue-green algae has been used by researchers to power a microprocessor by harnessing photosynthesis. The system is about the size of an AA battery, contains some water, and allows ambient light in to facilitate photosynthesis. Photosynthesis generates a small electric current that interacts with an aluminum electrode, in turn powering the microprocessor.

"The growing Internet of Things needs an increasing amount of power, and we think this will have to come from systems that can generate energy, rather than simply store it like batteries. Our photosynthetic device doesn't run down the way a battery does because it's continually using light as the energy source," said Professor Christopher Howe in the University of Cambridge's Department of Biochemistry, joint senior author of the paper.

The device managed has managed to run for a year and counting and powers an Arm Cortex M0+ microprocessor, which is found in many Internet of Things (IoT) devices. It was subjected to semi-outdoor conditions with natural light and temperature fluctuations while in a domestic environment.

"We were impressed by how consistently the system worked over a long period of time-we thought it might stop after a few weeks but it just kept going," said Dr. Paolo Bombelli in the University of Cambridge's Department of Biochemistry, first author of the paper.