A study on the explosion titled "X-ray detection of a nova in the fireball phase" has been published in the journal Nature. 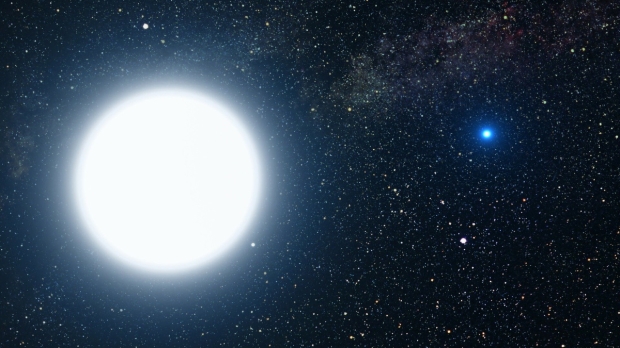 German astronomers have observed a white dwarf star explode with X-ray radiation for the first time. White dwarf stars arise when stars earlier in their life cycle, like our sun, use up all of their stellar fuel and shrink, becoming a dead stars. Such dead stars occasionally flare with explosions of radiation, but observing the first X-ray explosion from a white dwarf was "to some extent a fortunate coincidence."

"These X-ray flashes last only a few hours and are almost impossible to predict, but the observational instrument must be pointed directly at the explosion at exactly the right time," the researchers explained.

The eROSITA X-ray telescope, which is currently 1.5 million kilometers (932,000 miles) from Earth, happened to be observing a portion of the sky on July 7th, 2020, that led to it detecting a strong burst of X-ray radiation. The area had been devoid of the radiation only four hours prior, and four hours later, the radiation was gone.

"These so-called novae do happen all the time, but detecting them during the very first moments when most of the X-ray emission is produced is really hard. Not only the short duration of a flash is a challenge, but also the fact that the spectrum of emitted X-rays is very soft," said Dr. Victor Doroshenko from Tubingen University.

The X-ray radiation was so great from the explosion that it resulted in an overexposed image from eROSITA. The telescope is "designed to detect millions of very faint objects," and expecting very few photons meant it was not prepared for the sudden excess. However, model calculations allowed the researchers to glean more insight into the mechanism of the white dwarf explosion that produced the X-rays.

"Soft X-rays are not very energetic and easily absorbed by interstellar medium, so we cannot see very far in this band, which limits the number of observable objects, be it a nova or ordinary star. Telescopes are normally designed to be most effective in harder X-rays where absorption is less important, and that's exactly the reason why they would miss an event like this," Doroshenko concluded.