Embracer CEO Lars Wingefors has seen the new games Crystal Dynamics and Eidos Montreal are working on, and says the pipeline is "very interesting" and has multiple "very sizable AAA experiences" in big name franchises. 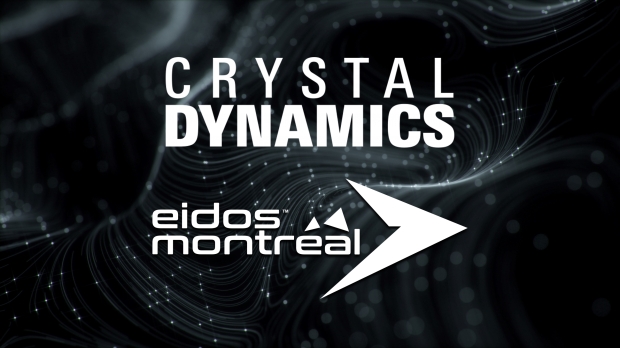 The value is not only in the IPs, but also the game studios who have worked on them for decades, and these teams have been working on unique new projects in specific franchises including a new Tomb Raider game in Unreal 5. The developers actually presented their content pipeline to Embracer's board, which was described as "interesting," but no other details were announced.

"Looking at the IPs again, there is a pipeline that is very interesting. It's a little bit hard to talk around the pipeline without disclosing too much, but I was pleased to see during our transaction period that actually Crystal Dynamics did announce they are working on a new Tomb Raider. At least I can say that," Wingefors said in a recent presentation.

Wingefors goes on to say:

"Obviously we are super excited about the new Tomb Raider game. It's not only Tomb Raider, it's also a number of very sizable AAA experiences in the pipeline, both based on beloved franchises that we will own as well as original IPs. It's a very interesting pipeline."

"I would say the pipeline is generally broader beyond these 2 years. So there will be a few years now where there will not be as many big new games coming out, and there will be some amazing things coming through these studios looking further ahead." 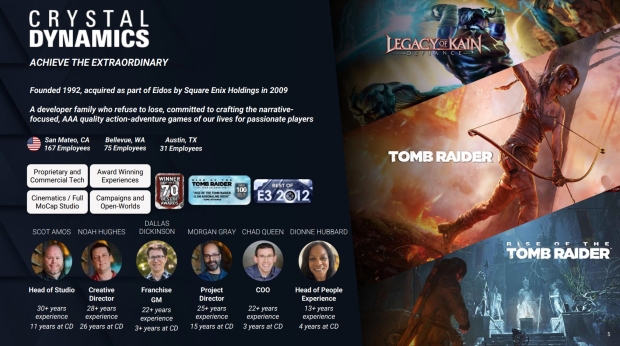 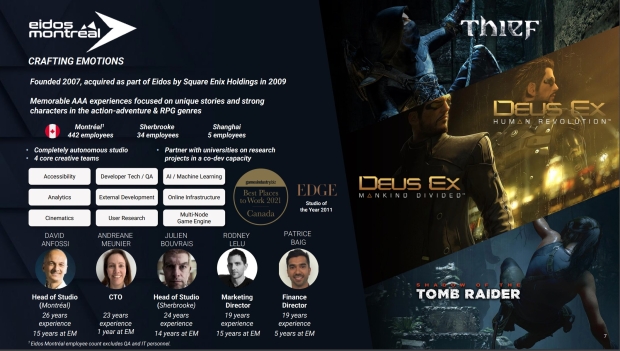 Given the wealth of intellectual property that Embracer will now own, the opportunities are endless. New Deus Ex seems highly likely, and Crystal Dynamics Scot Amos made it a point to mention Legacy of Kain during the presentation and affirmed that the studio knows "how much fans love the series."

Embracer also confirmed that it will have 230 games in development following the acquisition, which is up 14 projects from the 216 number given out in Q4 2021.