The Russian embassy in DC has been hit with a projection of the Ukraine flag, which wasn't appreciated by members inside.

The video has gone viral on the Ukraine subreddit and was originally posted to Twitter by Benjamin Wittes, an American legal journalist and Senior Fellow in Governance Studies at the Brookings Institution, where he said, "We lit up the Russian embassy in blue and yellow but the Checkists inside had a surprise for us. They are using their own spotlights to wash us out."

From the above video, a projection of the Ukrainian flag can be seen moving onto a wall of the Russian embassy which was quickly followed by a spotlight from somewhere close to the base of the building beaming upwards and following the flag around in an attempt to drown out the colors with white light. The group broadcasted the entire event for 42 minutes, and the video has since been viewed nearly 140,000 times since being posted. 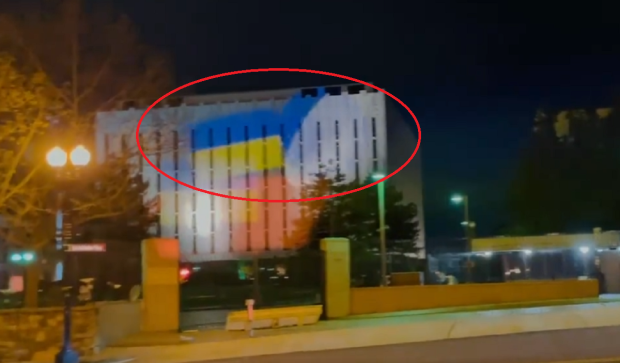