The Hubble Space Telescope has been operating for more than 30 years now, and despite its age, it still manages to shock onlookers with the images it can produce. 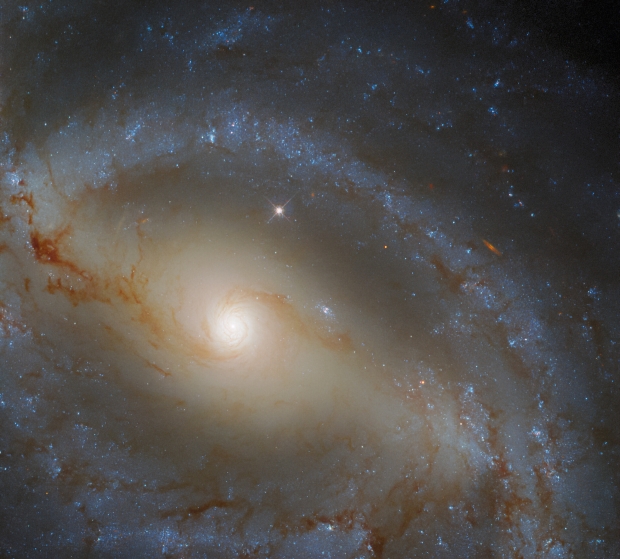 NASA and the European Space Agency's Hubble Space Telescope has been used to photograph a spiral galaxy that is relatively close when speaking on astronomical terms. The spiral galaxy is known as NGC 5921 and resides approximately 80 million light-years from Earth within the constellation Serpens.

NASA has taken to its blog to explain that the galaxy NGC 5921 has long serpentine spiral arms and is similar to our own Milky Way galaxy as it contains a central linear band of stars. The space agency explains that this bar plays a role in how parent galaxies produce stars and impacts the motion of stars within the region. NASA writes that around half of all spiral galaxies contain bars. The above image was partly captured by Hubble's Wide Field Camera 3 and observations conducted by the ground-based Gemini Observatory.