GALAX has its new GeForce RTX 3090 Ti "HOF OC Lab Edition" graphics card doing the rounds, with Japanese extreme OC master "Duck OC" getting one of the first of them off the production line. 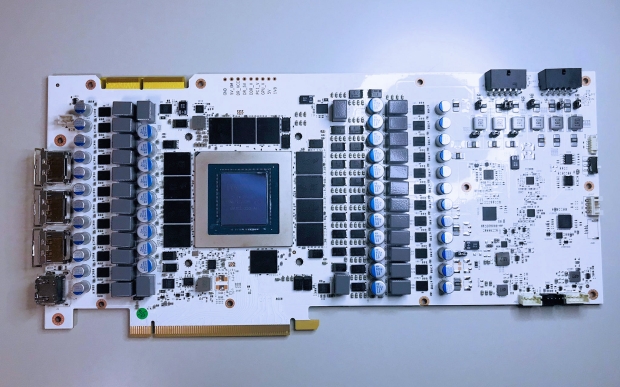 It appears "Duck OC" has one of the first cards, and has stripped the GALAX RTX 3090 Ti "HOF OC Lab Edition" down to its PCB... and man, it is beautiful. We have a fully-custom PCB, one of the best GA102 GPUs that NVIDIA makes, a huge 24+4-phase VRM design (18+3 on NVIDIA's in-house reference) and so much more under the hood.

This is a very limited edition version of the card, with a beautiful custom waterblock and backplate that has been specifically designed for the GALAX RTX 3090 Ti "HOF OC Lab Edition".