All NewsBusiness, Financial & LegalCases, Cooling & PSUContests & GiveawaysCPU, APU & ChipsetsDealsDisplays & ProjectorsGamingMotherboardsScience, Space & RoboticsStorageVideo CardsVirtual & Augmented Reality
All ReviewsAll ArticlesAudio, Sound & SpeakersCases, Cooling & PSUCPUs, Chipsets & SoCsComputer SystemsDisplays & ProjectorsGamingMotherboardsNetworkingPeripheralsRAMStorageVideo Cards
GuidesGamingAsk the ExpertsNewsletterAboutForums
RTX 3090 TiRTX 4090Diablo 2GTA 6Halo InfiniteElon MuskRTX 3080HDMI 2.1
Laptops
Fujitsu has announced that the LifeBook S6510 is now available in Australia and you're looking at a 13.3-incher with built in HSDPA. This is about two weeks after the launch in Asia, but it still seems to be ahead of the rest of the world. It should be a neat all-in-one solution for those that need fast wireless access to the internet where there's 3G coverage and you should be able to get speeds of up to 3.6Mbps where available.

The press release doesn't quite seem to match up with the specs sent out along with it, as the press release talks about a Core 2 Duo T7700 processor while in the spec list there's a Core 2 Duo T7500. We suspect that someone has been lazy and copied the CPU specs from the S6410, as it has a T7500 whereas the S6510 should come with a T7700. 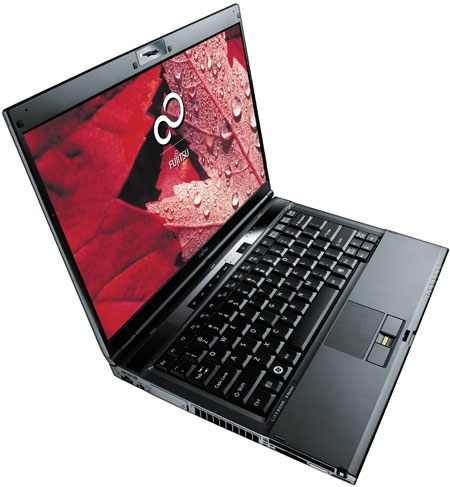 It comes with 2GB of DDR2 667MHz memory as standard and has a 160GB 5,400rpm SATA hard drive. Graphics comes from the GM965 chipset and shares system memory. Other features include Intel PRO/Wireless 4965AGN Wi-Fi, which means you should be connect to just about any Wi-Fi setup in the world, HD audio, a 1.3Megapixel webcam, fingerprint scanner, Bluetooth and a dual layer DVD writer which accepts all common disc formats.

The display is apparently equivalent to that on a 14.1-inch widescreen notebook, as Fujitsu is using very thing edges on the notebook which allows for the bigger screen to fit into a smaller form factor.
The resolution is 1,280x800 which is pretty standard on a notebook with this size screen, although Fujitsu has gone with one of the fairly new LED type backlights, which should allow for a very bright and easy to read display.

At 1.7kg's it's also a very portable and with up to 4.7h battery life it should be a decent choice even for the road warrior and there's an optional battery that replaces the optical drive that should up this to 6.5h if needed. It also comes with a port replicator, which is something of a novelty these days. At AU$3,199 it doesn't come cheap, but it looks like a pretty decent machine for those in need of something like this.

It doesn't appear to be at the Fujitsu website at the moment, but you can take a look here as it should be updated shortly.
Newsletter Subscription