A video has surfaced online that shows a remote-controlled robot dog walking down a street in China, barking orders and making announcements.

The above video posted by Jay In Shanghai shows a robot dog walking down a street in Shanghai, China, and attached to the dog via some kind of strap is a megaphone that can be heard making announcements. Shanghai is currently facing one of its most severe waves of COVID-19 as Chinese health officials have reported record numbers of new cases following an outbreak of the Omicron variant.

The robot dog seen in the above video is barking out COVID-19-related announcements to residents, most likely informing them that they must stay within their homes at all times, with Reuters reporting that Chinese residents in the affected area aren't even allowed to leave their home to take their garbage out. Reports indicate that Shanghai has recorded less than 8,000 asymptomatic COVID-19 cases and 438 symptomatic cases as of April 3. 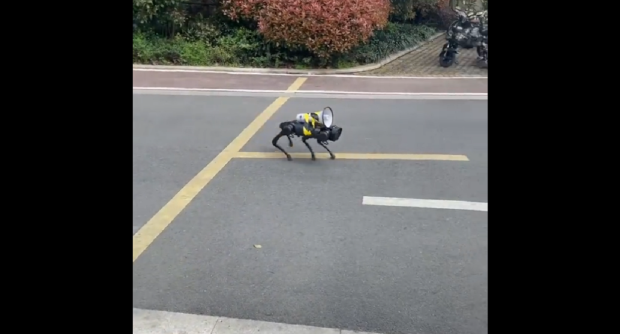