The ice shelf collapsed in East Antarctica, a mass of ice the size of New York City, 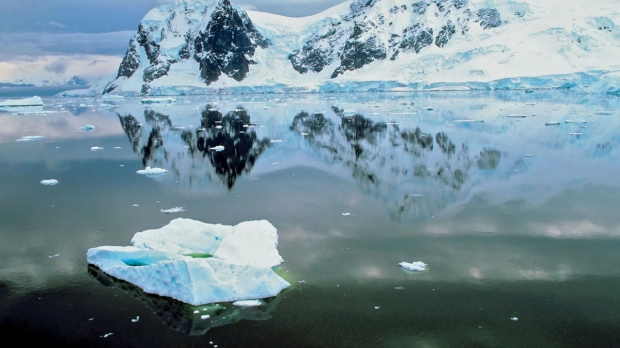 Scientists had previously considered East Antarctica to be relatively stable in the face of climate change, with global warming seeming to impact the smaller western side of Antarctica more noticeably. The collapse is the first of its kind captured in the eastern region of Antarctica, owing to a rise in temperatures by more than 70 degrees Fahrenheit (40 degrees Celsius) above the normal range in the area,

The collapsed ice shelf spanned approximately 460 square miles wide (1200 square kilometers), acting as a barrier between the Conger and Glenzer glaciers and warmer waters. It collapsed between March 14th and 16th, 2022, and was captured by satellite imagery.

"The Glenzer Conger ice shelf presumably had been there for thousands of years and it's not ever going to be there again," said University of Minnesota ice scientist Peter Neff.

"East Antarctica is starting to change. There is mass loss starting to happen. We need to know how stable each one of the ice shelves are because once one disappears some of that water will come to San Diego and elsewhere," said Helen Amanda Fricker, co-director of the Scripps Polar Center at the University of California San Diego.