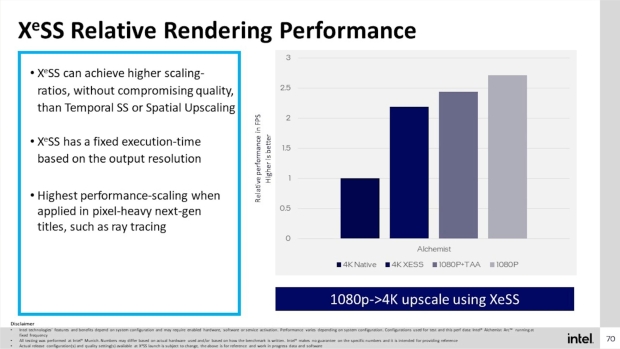 Intel had its software engineers discuss its new XeSS technology, saying that upscaling and anti-aliasing should be fixed as a single issue. Both older games and previous-gen GPUs would see performance improvements and quicker implementation with spatial upscalers.

On the other side, games that have ray tracing and other high-end graphics technologies that are only supported with the very latest GPU architectures, will obviously see bigger improvements in performance and IQ through temporal upscalers. As for GPU support, Intel plans to support as many GPUs as it can with XeSS -- supporting all GPUs that support Shader Model 6.4+ and DP4a instructions -- so most GPUs should be fine.

Intel said that it is continuing to work on the biggest issues plaguing temporal upscalers -- ghosting, blurring, and more -- with Team Blue injecting their own algorithms that will remove, or reduce those effects massively. 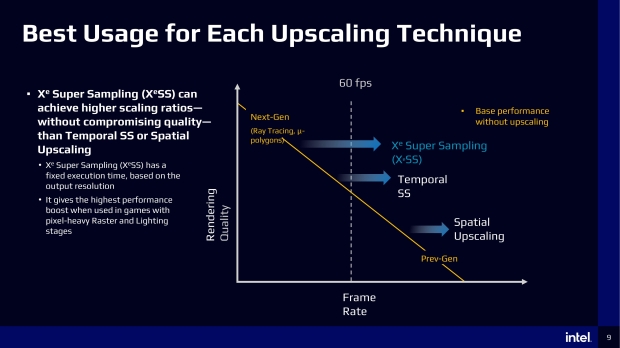 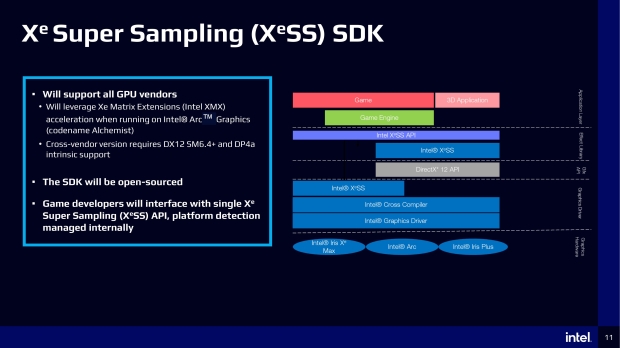 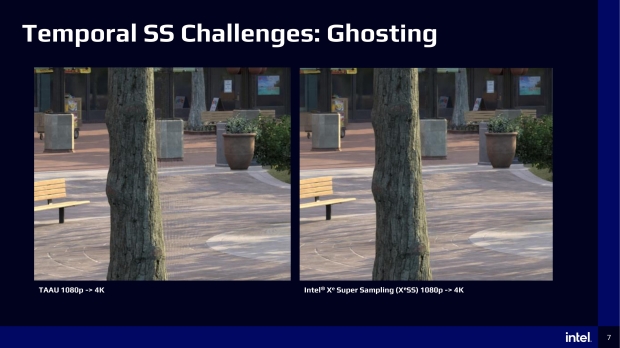 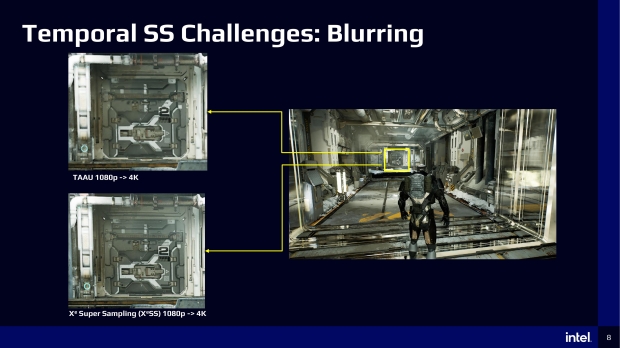 The company did announce that it would have 5 different quality modes for XeSS, including a higher-end Ultra Quality mode with 1.3x scaling factor. AMD and NVIDIA don't have this type of option with their upscaling technologies -- FSR and DLSS, respectively -- both with 4 quality options each. 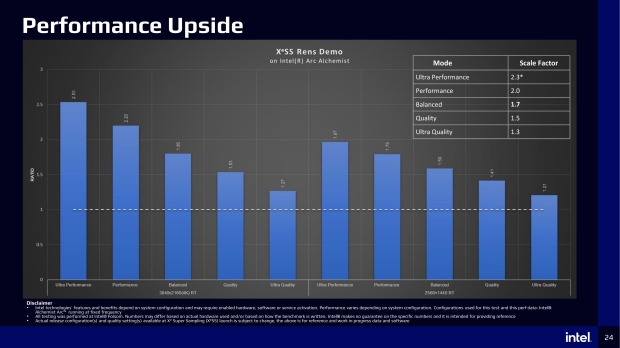 The reason I said "skewed" is that XeSS is being benchmarked here on the Rens demo -- so what -- and running on an early Arc Alchemist GPU with unknown everything (GPU clocks, etc).