Intel has confirmed and better detailed its XeSS AI-based super-sampling technology, which will debut with its Xe GPU architecture and new ARC Alchemist graphics cards dropping in 2022 and beyond. 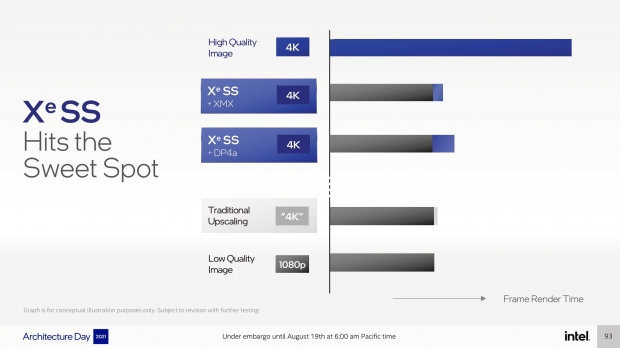 The new Intel XeSS upscaling technology will use either the XMX instruction set on the new ARC Alchemist graphics cards and DG2 GPUs, or the DP4a instructions which are on the integrated GPUs on Intel's new chips based on the Xe-LP architecture. But not only that, it'll also work on the NVIDIA Pascal GP102-106 GPU. 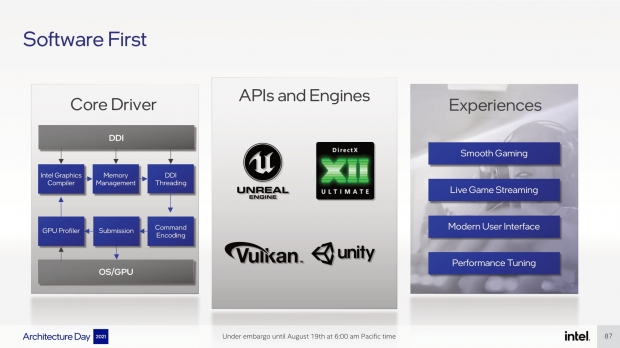 Intel has said that it will be opening up its XeSS upscaling tech to game developers and its competitors in the GPU market, with XeSS going open-source. This means we should expect Intel's new XeSS technology to work with many more NVIDIA GeForce and AMD Radeon GPUs. 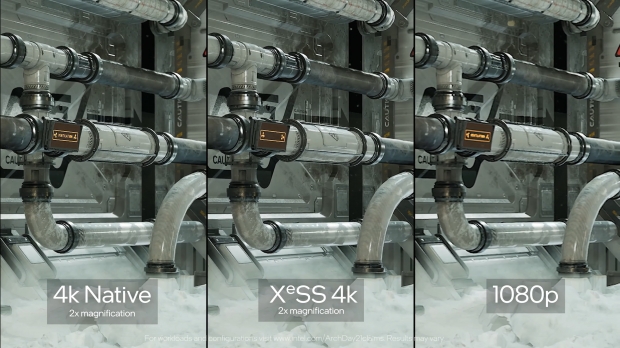 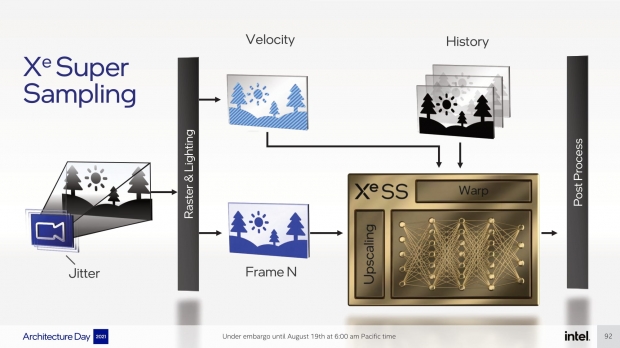 As for the XeSS technology itself, it's based on neural networks in the way that NVIDIA's DLSS technology does. Intel's new XeSS tech will use motion vectors and history buffers, improving the quality of graphics in motion. You can see in the video that Intel made that it works, but I'd want to see it in front of my own eyeballs or in a faster-paced game.