NASA has announced it has discovered 5,000 exoplanets, which are planets orbiting stars beyond our own solar system.

The news was announced via a blog update on NASA's Jet Propulsion Laboratory website, where the space agency explained for more than 30 years it has been on a journey of discovering what lies beyond our solar system. On March 21, the latest batch of now exoplanet data was received, adding 65 new exoplanets to the total that has now reached over 5,000.

The 5,000 confirmed exoplanets come in various shapes and forms as some include small, rocky worlds similar to Earth, while some others are gas giants like Jupiter and even "super-Earths", which are planets like Earth but much larger. Additionally, NASA writes that included in the 5,000 total are some exoplanets that orbit two stars at once and planets that are even orbiting the dead corpses of stars.

"It's not just a number. Each one of them is a new world, a brand-new planet. I get excited about every one because we don't know anything about them," said Jessie Christiansen, science lead for the archive and a research scientist with the NASA Exoplanet Science Institute at Caltech in Pasadena.

"If you can find planets around a neutron star, planets have to be basically everywhere. The planet production process has to be very robust," Wolszczan said. 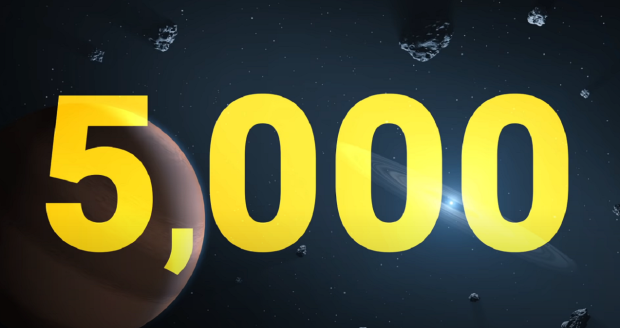