Hogwarts Legacy won't nickel and dime players with in-game purchases and will instead be a self-contained AAA experience. 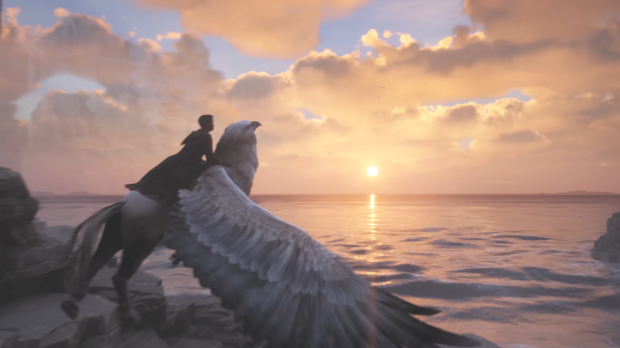 In a departure for WB Games, a company that typically bakes in live service elements into key franchises, Hogwarts Legacy is a single-player only RPG that won't have any kind of monetization. That's a pretty big deal for the publisher, especially after Mortal Kombat 11.

We've seen this question coming up and want to set the record straight. There are no microtransactions in Hogwarts Legacy,"Avalanche community manager Chandler Wood said on Twitter.

The new wizard simulator is an all-original story that Avalanche says wasn't written by J.K. Rowling, rather that Rowling and her estate worked carefully with Portkey Games--the label created specifically for this mega game--similar to how Lucasfilm worked with EA on its Star Wars games.

Hogwarts Legacy is due out sometime in Holiday 2022 on PS4, PS5, Xbox One, Xbox Series X/S, Switch, and PC.

Hogwarts Legacy is filled with immersive magic that puts players at the centre of their own adventure. Joining as a brand new fifth year student with a unique ability to manipulate powerful ancient magic, players will live the unwritten and embark on a dangerous journey to uncover a hidden truth of the wizarding world.

Throughout their adventure, they will grow their character's abilities by mastering powerful spells, brewing potions, and harvesting magical plants as they face off against deadly enemies. Along the way, they will meet new friends who can accompany them, interact with school professors, and confront dangers that could jeopardize the future of wizardkind.