SpaceX CEO Elon Musk has given a new update on when he thinks the human race will land on the Red Planet, Mars.

Elon Musk has famously discussed the future of humans landing on the Red Planet and has taken steps towards making that future a reality by constructing SpaceX's newest launch system, Starship. Musk's Starship launch vehicle is expected to help humanity return to the Moon and travel to Mars and beyond. With that in mind, Starship completed its first successful landing after launch back in May 2021, and Musk has teased that Starship could make its first orbital flight later this year.

A recent tweet from Space Hub asked Musk when he thinks humans will land on Mars in the 21st century, Musk replied to the tweet and wrote "2029". This new estimation from Musk is different from the prediction he gave in a piece by Time Magazine where he said that he would be surprised humans aren't "landing on Mars within five years". Musk added that the next great step will be constructing a base on Mars that's self-sustaining, which was described by Musk as "a futuristic Noah's ark". 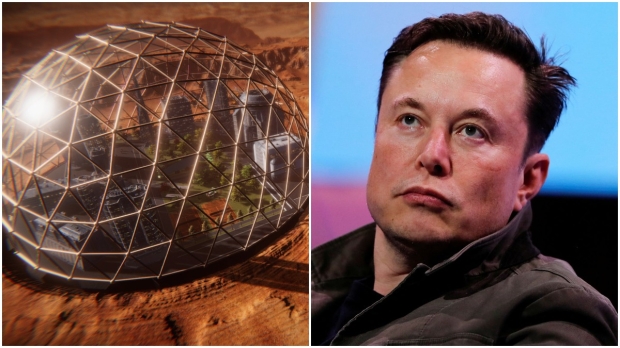