Master Chief's real-life Mjolnir armor is pretty heavy...no wonder Pablo Schreiber had to beef up to wear it. 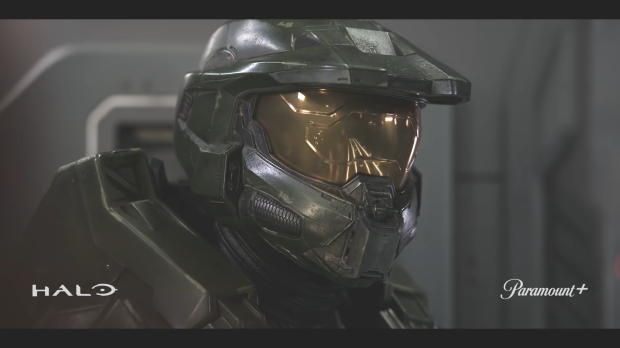 Halo is a difficult franchise to adapt into movies and TV shows. Apart from the storyline that's focused on deep-future interstellar war, the series' iconic Mjolnir armor--special high-tech suits worn by supersoldiers as humanity's last stand against an unbeatable alien foe--is awkward, unwieldy, and very bulky (just ask any cosplayer).

The real-life armor built specifically for the Halo TV show is now different. According to Master Chief star Pablo Schreiber, the suits are "50 lbs of plastic":

"It's 50 pounds of plastic and the suit is meant to make you superhuman. It enhances the Spartan's capability for his performance tenfold. In reality, it's the opposite. It's a challenge to manipulate a cumbersome costume and find ways to shoot it so it looks like you're super capable," Schreiber said in an interview with The Hollywood Reporter.

Since the show's production in 2019, Schreiber has been training hard to meet the physical demands of the role. The actor has adopted a bodybuilder's routine to slowly bulk up not only to wear the armor, but try and meet the amplified physique of the Spartan warriors.

The Halo TV show premieres exclusively on Paramount+ later this month on March 24, 2022.