MSI has just announced its gigantic WS WRX80 motherboard, ready to rock and roll with up to 64 cores and 128 threads of CPU power with AMD's new Ryzen Threadripper PRO 5000WX series of processors. 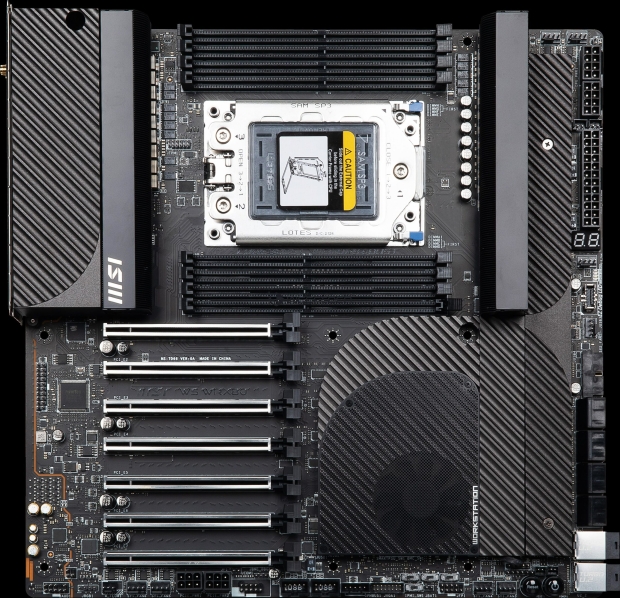 You'll need dual 8-pin connectors and the 24-pin ATX connector, which are all signed on the right side of the motherboard. MSI's new WS WRX80 motherboard has a horizontally aligned SP3 socket that has 8 x DDR4 DIMM slots, 4 on either side of the CPU socket. 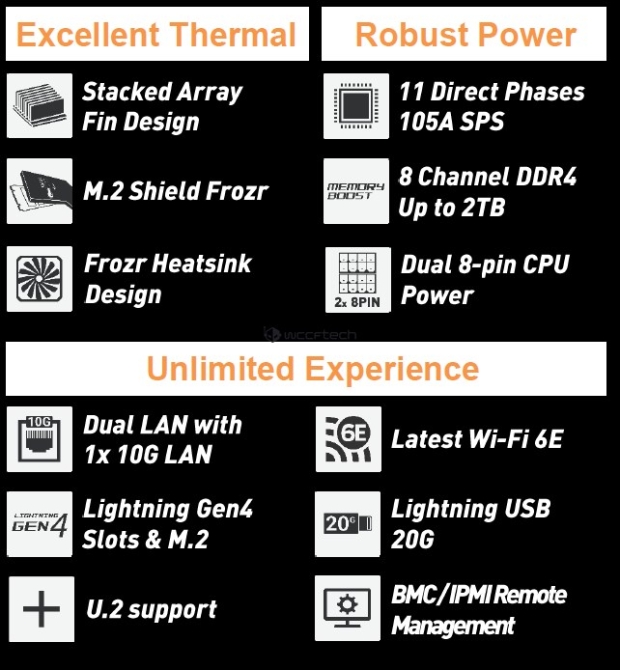 MSI supports up to 2TB of DDR4-3200, more than enough RAM to have a few Chrome tabs open. You've also got enthusiast-grade 10GbE networking, Wi-Fi 6, an absolutely huge 7 x PCIe 4.0 x16 slots, 2 x Lightning Gen4 M.2, 8 x SATA connectors, and so much more. It is packed to the brim with technologies and features to keep you covered for now, and very well into the future.