The Punisher drone is made by UA Dynamics, which is also accepting cryptocurrency donations to "protect Ukraine from Russian occupiers." 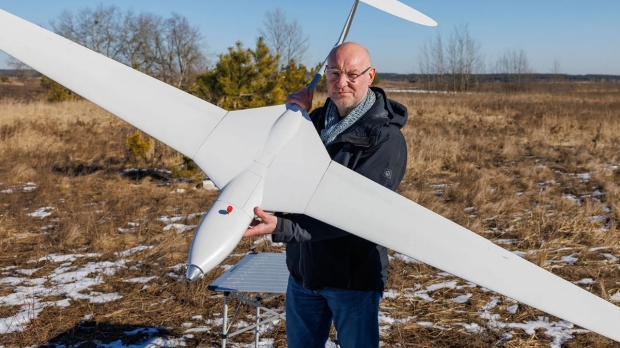 UA Dynamics was launched by combat veterans who fought Russian forces during the annexation of Crimea. They have since designed and developed the "Punisher" drone, with the "cheapest mission cost in the world," according to the UA Dynamics website. It has a strike range of 45 kilometers (28 miles), cruising speed of 20 meters per second (39 knots), combat payload of 2+ kilograms (4.4+ pounds), a precision of 4 meters (13 feet), and time to start of 7 minutes.

According to Business Insider, over 60 successful missions have been carried out with Punisher drones during the current conflict in Ukraine against Russian forces. The drone has been used to fly behind enemy lines to disrupt supply lines, targeting fuel and ammunition stocks as well as electronic warfare systems without jeopardizing its own troops' safety.

The Punisher has a wingspan of 7.5 feet (2.3 meters) and can fly for a few hours at around 1,300 feet (396 meters). The Punisher relies on a companion drone named Spectre, which does reconnaissance work to identify targets for the Punisher. The drone can then deliver its payload in one go across multiple targets. The Ukrainian military has also used other drones during the current conflict, including about twenty of the Turkish Bayraktar TB2.