Babylon's Fall may be a flop for Square Enix, a publisher that needs more hit AAA titles. 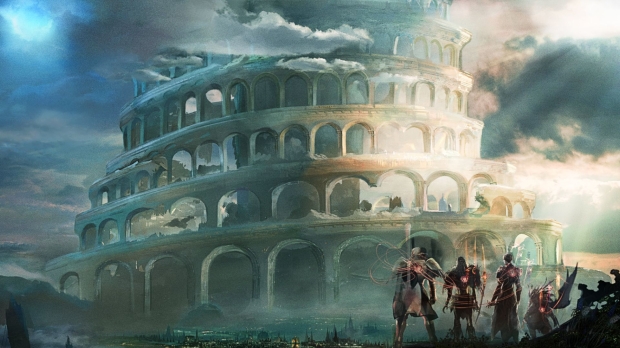 Based on extremely lower player counts, Babylon's Fall could be the next Square Enix game to deliver "disappointing results." Babylon's Fall, the online-only hack-and-slash RPG developed by PlatinumGames, had less than 1,000 concurrent players on Steam on its launch day. Right now the game has roughly 4,000 Twitch viewers which indicates low curiosity for the game.

There's a few general reasons for this: 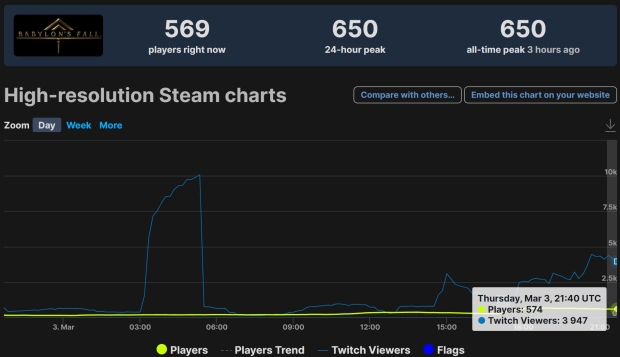 This miss comes at a time when Square Enix needs more hits.

Square Enix has enjoyed moderate success with its AAA premium games, however it has said on numerous occasions that titles like Marvel's Avengers and Guardians of the Galaxy failed to meet expectations. Outriders has fared better, but developer People Can Fly has said it hasn't received royalties from the game months after launch.

Square Enix mostly relies on its smartphone/browser games, which generated about 46% of its nine-month revenues, or $849 million. In fact, HD Games, which includes AAA titles like the aforementioned Babylon's Fall, Avengers, and Guardians of the Galaxy, only made $150 million more than Square Enix's MMO segment.

It'll be interesting to see how Babylon's Fall affects the company's Q4 performance.