Astronomers will be able to watch a nearly 4,000 foot-wide asteroid pass by Earth next week, according to data provided by NASA's Center for Near-Earth Object Studies (CNEOS). 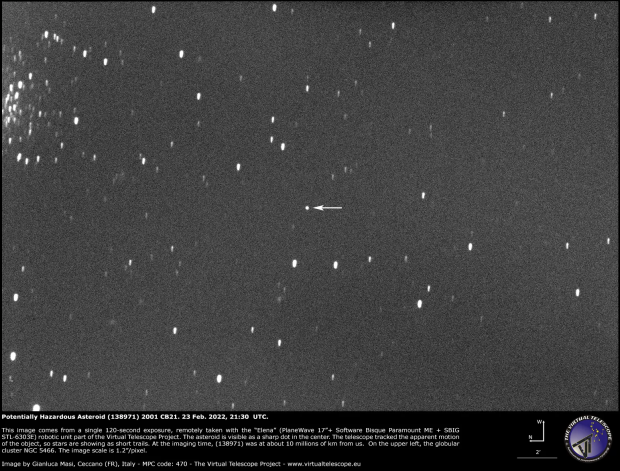 The asteroid is 2001 CB21, and according to the NASA database, it is estimated to be up to 3,940 feet in diameter and will make its closest approach with Earth on March 4 at 2:59 am Eastern Time. During its safe but close approach with Earth, the asteroid is estimated to be traveling at 26,800 miles per hour and will be about 3 million miles from Earth, or about 12 times the distance between the moon and Earth.

As the asteroid makes its approach Gianluca Masi, an astronomer at the Virtual Telescope Project located in Italy, photographed the space rock on February 23, when it was around 6.2 million miles from Earth. The image can be seen above. Masi spoke to Newsweek and said that due to the ever-increasing technological upgrades that come to space telescopes, astronomers are able to locate smaller and smaller objects, which is why the number of "near-Earth objects" is increasing. 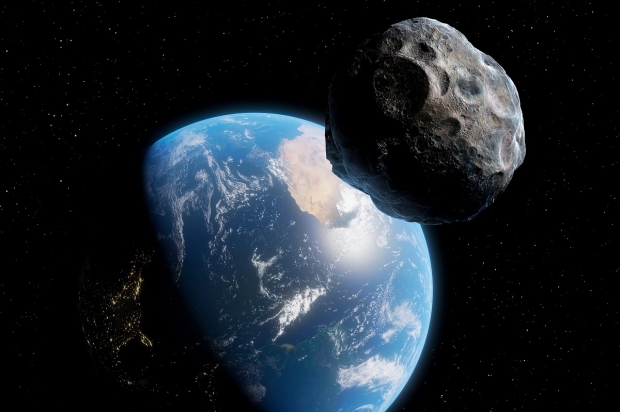 2001 CB21 is orbiting the Sun just like Earth, but it isn't expected to make another approach with our planet until March 6, 2043. Notably, 2001 CB21 is categorized as a "potentially hazardous asteroid", but that doesn't mean there is a chance of it hitting Earth. Any asteroid that comes within 4,650,000 miles and is larger than 500 feet in diameter is considered a "potentially hazardous asteroid".

If you are interested in watching the asteroid make its closest approach with Earth, check out the livestream of the event by the Virtual Telescope Project that will begin on March 4 at 3am UTC (10pm ET March 3).