A team of researchers has penned a newly published paper about the biggest comet that has ever been observed by a human. 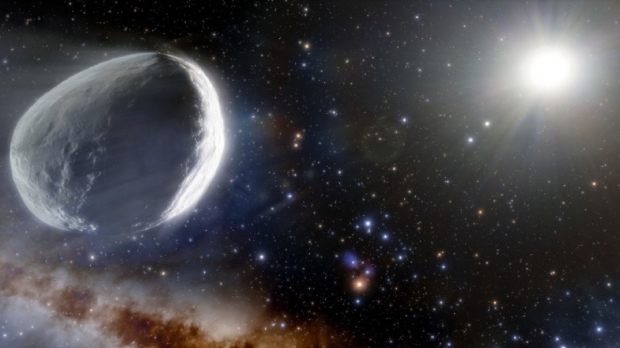 The new paper has been published in Astronomy and Astrophysics Letters and details Comet 2014 UN271, or Bernardinelli-Bernstein, which was first observed back in 2014 when astronomers spotted it out as far away as Neptune. As the comet came closer to Earth, astronomers estimated that it could have a diameter as large as 230 miles, but according to the newly published paper, that estimation may be slightly off.

An international team of astronomers measured the amount of micro radiation that wasn't being emitted by dust coming off the surface of the comet and found that for the comet to be emitting as much light as it currently is, it would have to have a diameter of 85 miles. Notably, the estimation from the newly published paper (85 miles) falls incredibly short of the previous estimation (230 miles), but the 85-mile measurement still makes comet Bernardinelli-Bernstein the largest comet ever observed by a human.

For comparison, the previous record for the largest comet was set by comet Hale Bopp at around 45 miles in diameter.