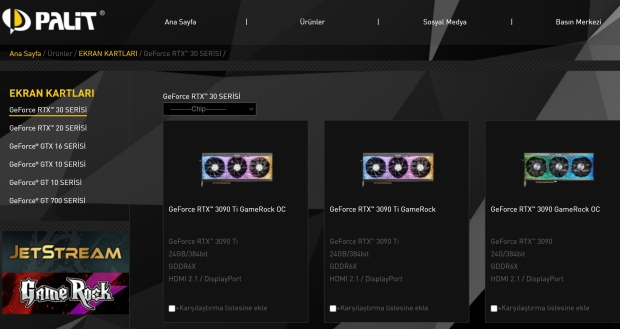 The new Palit GeForce RTX 3090 Ti GameRock OC graphics card was spotted alongside the non-OC regular GameRock edition on Palit's official Turkish website. They've been removed since, but they were kept thanks to Google web cache.

We should know everything about NVIDIA's new flagship GeForce RTX 3090 Ti graphic card in the coming weeks... but I did exclusively report on January 14 that NVIDIA ordered AIB partners to "halt production" on the GeForce RTX 3090 Ti.

But we keep seeing custom GeForce RTX 3090 Ti cards crawling out of the woodwork... and I'm sure it's not going to stop.