NVIDIA teased us with the new monster flagship GeForce RTX 3090 Ti reveal at CES 2022, but then nothing... literally nothing since. 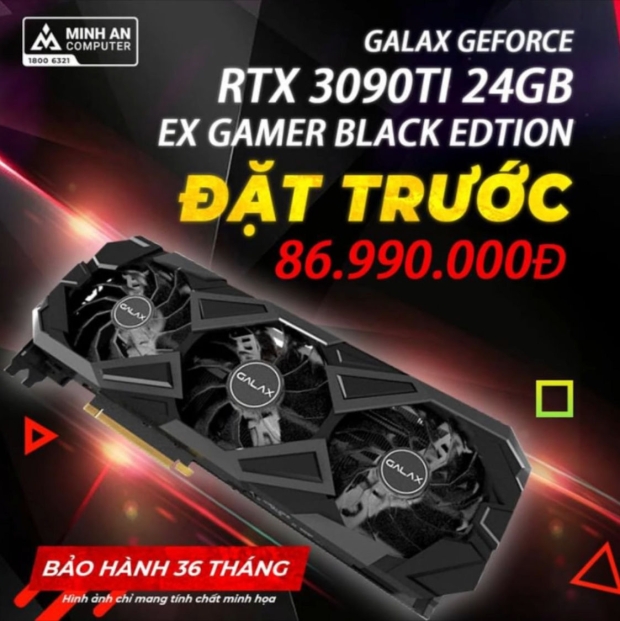 I exclusively revealed production issues on January 14, where an industry source of mine told me that NVIDIA demanded that AIB partners "halt production" on the new GeForce RTX 3090 Ti, and we still don't know why. That doesn't mean that AIB partners are sitting around on their hands, they could've made a few... or they'd at least know what the coolers will look like, as they're sitting around doing nothing without GPUs and VRAM underneath.

Even though there's a GALAX GeForce RTX 3090 Ti EX Gamer teased in Vietnamese retailer Minh An Computer, with a pre-order listing price of 86,990,000 VND which works out to around $3840. That's a lot of Benjamins, but hey... what did you expect for a GeForce RTX 3090 Ti 24GB graphics card? I think we'll see the price even higher than this, and not many on the market at all... if NVIDIA ever gets around to releasing it.