A team of astronomers captured an incredible image of the core of our Milky Way galaxy, showing "the best insight yet into the population of mysterious 'radio filaments' found nowhere else." 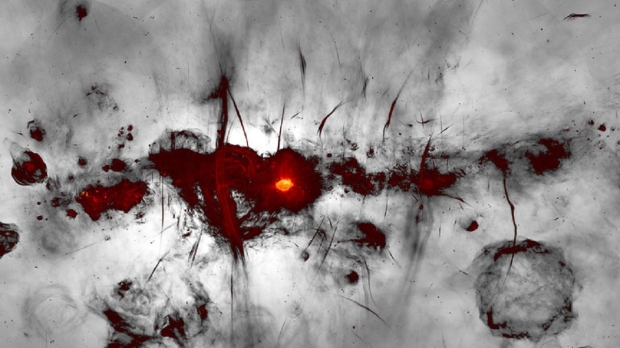 The image was published by the South African Radio Astronomy Observatory and is comprised of 20 separate observations that took more than 200 hours of time to obtain. The radio telescope used to make the observations is a 64-antenna radio telescope called the MeerKAT array, located in the Northern Cape of South Africa. The array of extremely sensitive antennas was focussed at the center of our Milky Way galaxy, approximately 25,000 light-years away from Earth.

The below image showcases parallel radio-emitting magnetized threads astronomers describe as "filaments". These filaments consist of emissions from the galactic center where the 4 million solar mass supermassive black hole Sagittarius A resides at the brightest point. Researchers behind the report say that the detail of this image may be a goldmine for scientific research. 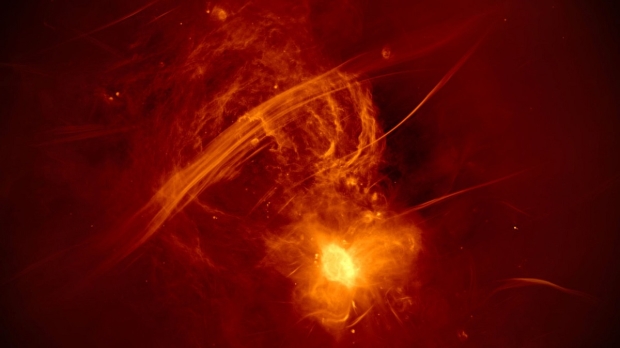 "Up to 100 light-years long, these unique structures have defied a conclusive explanation for their origin since discovery over 35 years ago. MeerKAT has discovered many more such filaments than were previously known, and the new data release will allow astronomers to study these objects as a population for the first time," the researchers wrote.