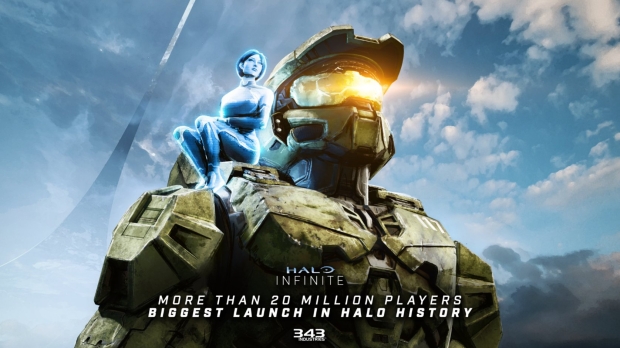 Xbox gaming just delivered its best quarter of all time with $5.4 billion in revenues. On top of that, more than 20 million people have played Halo Infinite since release. That's about 20 million users in 48 days. A pretty big milestone.

Nadella also touts that Infinite was the largest debut in the history of Halo, however this is to be expected considering Infinite is not only free-to-play, but included with Xbox Game Pass, which has 25 million active subscribers on consoles and PC. The point is that there's a lot of access points to Halo Infinite--that's no mistake, as Microsoft makes its games to drive services and subscriptions.

Infinite's numbers might be big, but other F2P shooter titans like Warzone and Apex have beaten it handily: 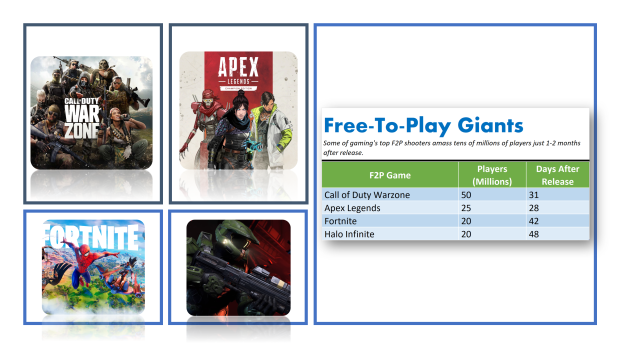 Another key point to remember is that Halo Infinite's launch has been anything but smooth.

The game is still plagued by issues like broken game modes--Big Team Battle is still having problems--and significant controversy over its monetization system.

343 Industries has adjusted pricing for Halo Infinite's microtransactions after months of complaints from gamers, and is making significant adjustments that will directly affect--and likely reduce--further monetization revenues.

Besides all the issues, Halo Infinite's fun factor has kept players returning and should do so for the foreseeable future.