Xbox gaming made more money in Holiday 2021 than it ever has before. 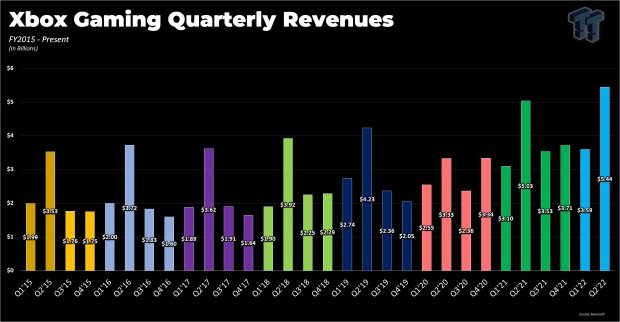 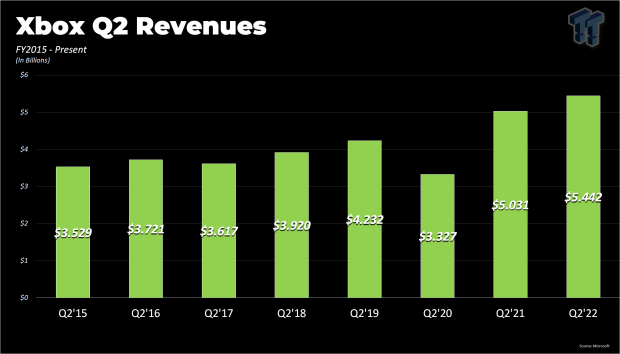 This is not only the best Q2 in Xbox history, but the best quarter of all time for Microsoft's video games platform. FY22's second-half earnings (Q1+Q2) are $9.035 billion, which is more than Xbox's total-year revenues in FY15. This year should be another record fiscal year for Xbox. 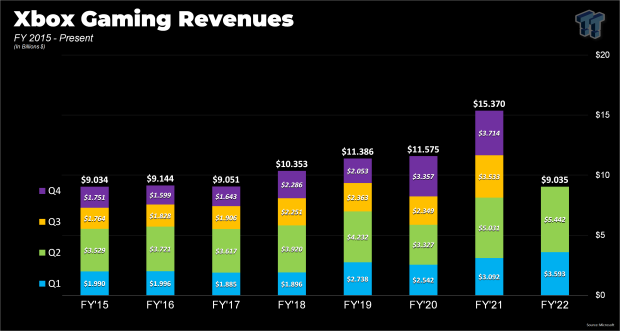 This over-performance was sparked by a 10% increase in services and content (Game Pass, first-party games), and a 4% boost from consoles.

The recent Activision-Blizzard buyout isn't expected to close until Microsoft's FY23 period, so don't expect any earnings combinations until at least after July 2022.