Outriders' post-launch content may extend through 2023 with two big expansions. 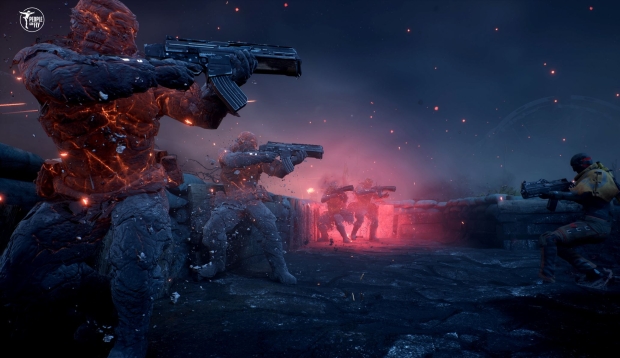 Outriders' first major expansion, Worldslayer, is due out in 2022. But it may not be the only expansion People Can Fly has planned for the game.

Worldslayer is expected to propel the online-only looter shooter to new heights. Forbes' Paul Tassi guesses Worldslayer could be Outriders' own version of Reaper of Souls, complete with a new usable class, new zones, and more.

People Can Fly has kept Worldslayer mostly under wraps. The devs confirm a Spring 2022 reveal but other details like content and pricing remain unknown. This should be a premium offering of some kind--after all, PCF depend on royalties from game sales to make a profit on Outriders.

This will arrive in 2022, and will take you to the furthest reaches of Enoch, where new stories, new challenges and more await.

At the same time, an add-on to the game, Outriders Worldslayer , was announced, which will be released in 2022. The first presentation of this extension is scheduled for spring 2022.

This might not be the only new expansion, however. The developer's financial reports indicate a big empty space for 2023 that could be filled with another big paid expansion to help revive Outriders' playerbase.

People Can Fly is currently working on five projects: two are in production phases of development, one is in pre-production, and the other is in conceptual phases.

There's nothing for 2023. I'm betting PCF's multi-year deal (a contract that was signed with Square Enix in 2016) includes content up until 2023. At the very least we should see some sort of update similar to New Horizon--maybe not a paid expansion, but something to help reinvigorate game sales and engagement metrics.