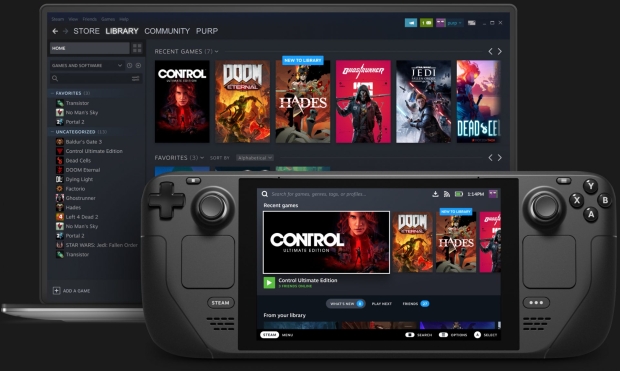 Charlie Turner, programming consultant for Igalia, created a merge request on FreeDesktop's Mesa site for more dEQP runners. The agency itself "specializes in the growth of innovative projects and solutions" with the new request asking Valve to help with AMD Radeon GPU Linux drive testing, and since the Steam Deck is powered by an AMD RDNA 2-based GPU it makes sense for Valve to commit more resources to Radeon Linux GPU drivers.

"This series proposes to add more dEQP bare-metal runners, sponsored by Valve. For now the runners are conditioned on a selection of users (similar to how freedreno's restricted traces work), since there are not enough machines to hit the runtime targets required for inclusion in the automatic pre-merge pipelines. There's nothing secret about the test loads, the restriction is purely practical for now and any interested user may request access to the runner. A follow-up series will add trace testing runners to the CI, using a similar approach to the above".