Bethesda teases Elder Scrolls Online's next big expansion and confirms the MMORPG is going to a brand new land that's never been explored in the mainline series.

Elder Scrolls Online's new adventure sees players crossing the seas from the Tamriel mainland to a mysterious new island. A new teaser from Bethesda strongly hints that ESO's new 2022 yearly content will take place in the sea elve's (also known as maormer) homeland of Pyandonea, which lies south of the Somerset Isles.

"Across a vast sea awaits 2022's newest adventure for The Elder Scrolls Online. The coming year will satisfy a desire of Elder Scrolls fans everywhere by introducing a never-before-seen world and a tale that has yet to be told," reads a press release.

ZeniMax Online plans to reveal the expansion in a special Twitch stream on January 27, 2022 at 3PM ET.

For now we recommend you read up on the maormer. Here's an except from The Wolf Queen v4:

Potema stood at the harbor and watched the boat from Pyandonea arrive. Against the gray, breaking waves where she had seen so many vessels of Tamrielic manufacture, it looked less than exotic. Insectoid, certainly, with its membranous sails and rugged chitin hull, but she had seen similar if not identical seacraft in Morrowind. No, if not for the flag which was markedly alien, she would not have picked out the ship from others in the harbor. As the salty mist ballooned around her, she held out her hand in welcome to the visitors from another island empire.

The men aboard were not merely pale, they were entirely colorless, as if their flesh were made of some white limpid jelly, but she had been forewarned. 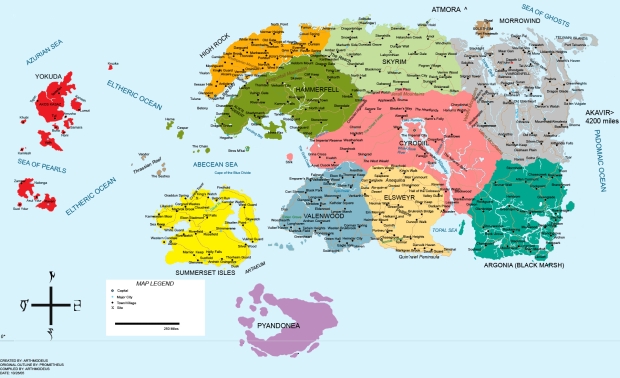