Astronomers have captured the emissions from a monstrous black hole located 12 million light-years away from Earth at the center of a galaxy. 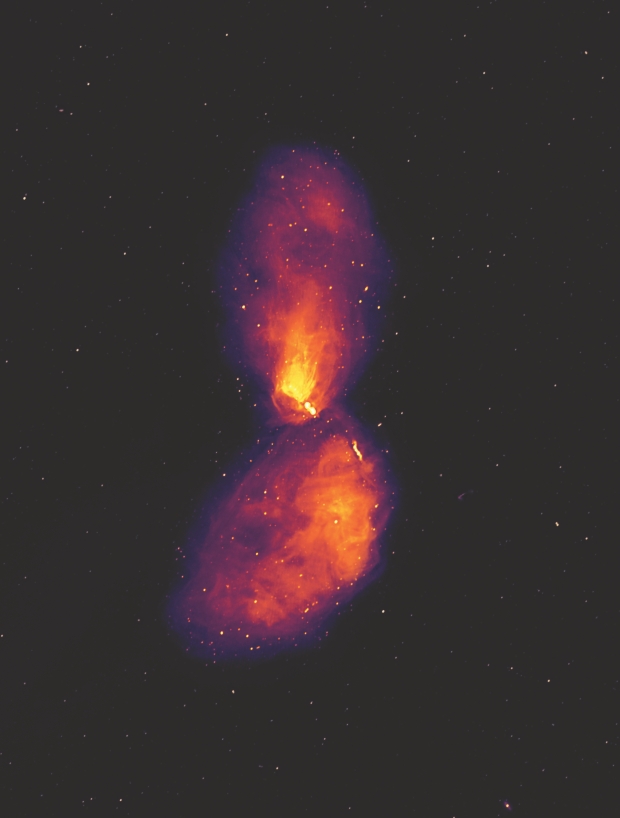 While black holes are quite difficult to detect, researchers have a few tactics that allow them to locate these phenomena. One way researchers detect black holes is to observe regions of space in different wavelengths of light, and while black holes engulf everything that is close to them, including light, some black holes glow with emissions coming from the event horizons.

An example of this is a supermassive black hole located at the center of the galaxy Centaurus A. This black hole is currently sucking in large amounts of gas, which results in material being ejected out of the black hole at high speeds. This material causes "radio bubbles", which can then be detected by researchers. The above image is the most comprehensive image of radio emissions from the nearest actively feeding supermassive black hole, according to Icrar.org. 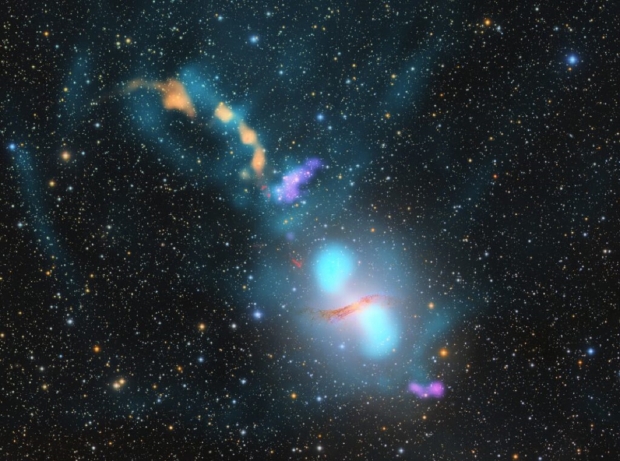 This composite image shows the galaxy and the surrounding intergalactic space at several different wavelengths. The radio plasma is displayed in blue and appears to be interacting with hot X-ray emitting gas (orange) and cold neutral hydrogen (purple). Clouds emitting Halpha (red) are also shown above the main optical part of the galaxy which lies in between the two brightest radio blobs. The 'background' is at optical wavelengths, showing stars in our own Milky Way that are actually in the foreground.

"These radio waves come from material being sucked into the supermassive black hole in the middle of the galaxy. It forms a disc around the black hole, and as the matter gets ripped apart going close to the black hole, powerful jets form on either side of the disc, ejecting most of the material back out into space, to distances of probably more than a million light-years," said lead author Dr. Benjamin McKinley of the International Centre for Radio Astronomy Research (ICRAR) in a statement.

"Previous radio observations could not handle the extreme brightness of the jets and details of the larger area surrounding the galaxy were distorted, but our new image overcomes these limitations," McKinley added.