Final Fantasy XIV's Hydaelyn-Zodiark storyline may be over, but the developers are just getting started on a brand new adventure. 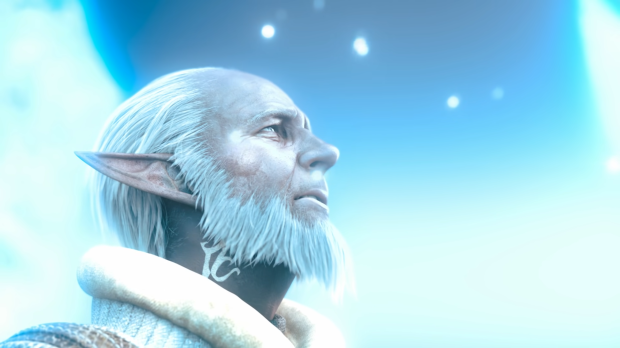 Although Endwalker concludes the 10-year Mothercrystal saga, Yoshi-P and his team have plenty more in store for Final Fantasy XIV players. In a recent New Year's letter to fans, Yoshi-P says that the game is "far from over" and the team is currently working on the next big story arc. Square Enix has lofty ambitions for FFXIV to last another 10 years--and why not? It's one of the most popular MMOs in existence.

"Now then, as its title suggests, Endwalker winds up the tale that has been woven since 1.0. However, FFXIV itself is far from over, and we've already begun creating new journeys for all you Warriors of Light─or adventurers, rather─to embark upon!" Yoshi-P said.

So what's next? No one knows for sure, but the director says a new Patch 6.1 update will help introduce the new chapter.

"FFXIV has surpassed ten years of operation─a goal that all MMORPGs should aspire towards─and now we set our sights on ten more. The first step in this new leg of our journey is Patch 6.1, ahead of which we'll take the opportunity to share our plans for FFXIV's future."

Finally we have a quick teaser of what to expect from Final Fantasy XIV's next "new beginning" with a cryptic poem and an explanation from Yoshi-P:

So wanes the moon before the sun,

Its journey ended, home at last.

So look we now to days ahead,

Unfettered from our trying fast.

"Having welcomed the dawn of rebirth, taken to azure skies, liberated a land stained crimson, restored Darkness to a Light-flooded world, and now standing with the waning moon at their backs, our adventurers set their sights on a new beginning. Well, that's my take on the words, anyway..."