Samsung has entered the PCIe 5.0 SSD race with the announcement of its new PM1743 SSD for enterprise servers, based on the next-gen PCIe 5.0 standard and offering some blistering speed. 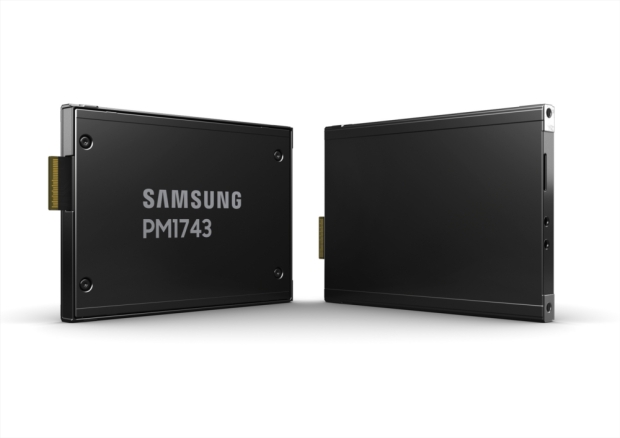 The new Samsung PM1743 SSD takes advantage of Samsung's own in-house 6th Gen V-NAND technology, with sequential read speeds of up to 13GB/sec (13,000MB/sec) and sequential writes of up to 6.6GB/sec (6600MB/sec). We're looking at improved power efficiency, with around 608MB/s per watt, which is a decent 30% improvement over its predecessor.

Yong Ho Song, Executive Vice President and Head of the Memory Controller Development Team at Samsung Electronics explains: "For over a decade, Samsung has been delivering SATA, SAS and PCIe-based SSDs that have been recognized for outstanding performance and reliability by leading enterprise server customers including corporations, governments and financial institutions".

"The introduction of our PCIe 5.0 SSD, along with PCIe 6.0-based product developments that are underway, will further solidify our technological leadership in the enterprise server market". 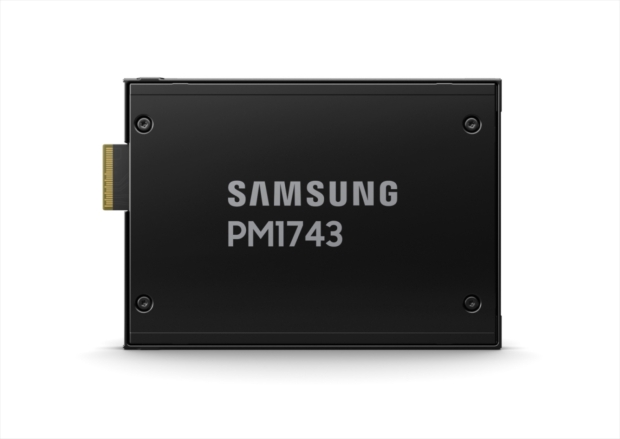 Jim Pappas, Director, Technology Initiatives, Intel Corporation added: "Intel has been working with Samsung to test Samsung's newest PCIe NVMe SSD, the PM1743. Together, we have jointly resolved complicated technical issues encountered with PCIe 5.0 during this initial evaluation period. The performance potential of Gen5 is truly impressive. In the near future, we strongly believe that PCIe Gen5 systems with high-speed NVMe SSDs will have the ability to transform applications such as AI/ML and high-performance databases".

"Looking ahead, we are confident that Intel and Samsung's continued commitment in industry leadership will provide these and other benefits to our mutual customers".