Time Magazine recently awarded SpaceX and Telsa CEO Elon Musk Person of the Year, and during the interview, Musk dropped a rough timeline for when he thinks SpaceX will land on Mars. 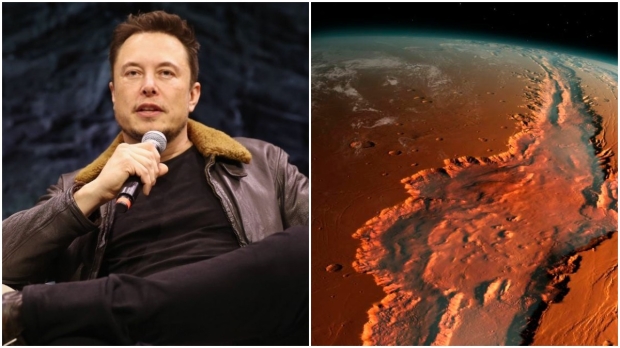 During the interview, Musk was asked a wide range of questions that touched on a variety of different topics, ranging from cryptocurrency to his pursuit of Mars. Musk outlined why he backs Dogecoin over Bitcoin, while recognizing the positives and negatives of both assets. The Time article states that Musk's dream is to create a 100-person rocket that is capable of transporting humans from Earth to Mars and back by refueling using resources from the Red Planet.

Musk was asked what he thinks the timeline on that becoming a reality might be. Musk replied after a long pause, "I'll be surprised if we're not landing on Mars within five years." Musk has been a long promoter of interplanetary life, and the next great step for human civilization is colonizing another world. While it certainly would be a monumental milestone for all of humanity, Musk also argues that there is utility in colonizing another world - as Earth may not be around forever.

"One day, he hopes, the rockets will carry 100 people at a time to Mars, where the ships can be refilled with fuel manufactured on the Red Planet and shuttled back to Earth. Asked when he sees this happening, Musk pauses for a long moment, as if calculating all the variables-federal regulations and production schedules, test-flight targets and bathroom requirements. "I'll be surprised if we're not landing on Mars within five years," he finally says". - writes Time.