343 Industries could use freebies as a way to keep players interested in Halo Infinite's multiplayer. 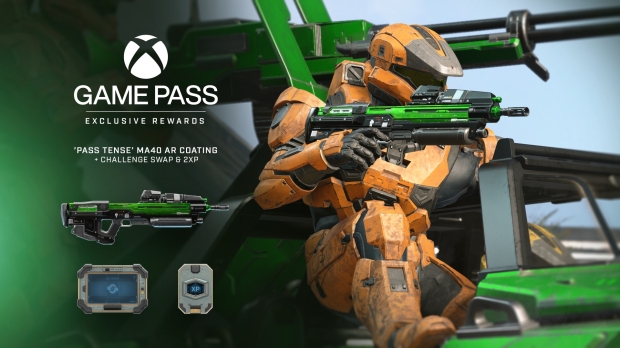 Halo Infinite currently has big problems with progression, customization, and monetization. It's a big reason why the F2P multiplayer is only in a beta phase (and a reason why it'll probably stay in beta for a long time). While 343i is planning evolutions, changes, and updates to the game, they're also experimenting with engagement-boosting models like free items.

Microsoft recently confirmed that Xbox Game Pass Ultimate subscribers would get a few free items for Halo Infinite, including an AR skin and extremely valuable XP boosters and challenge swaps. While these things are created as a means of monetization--e.g. creating a problem and selling gamers a solution or a shortcut to that solution for real money--a steady flow of freebies might be a great avenue to spark both player retention and Game Pass subscription retention that may keep gamers playing Infinite for the long run. 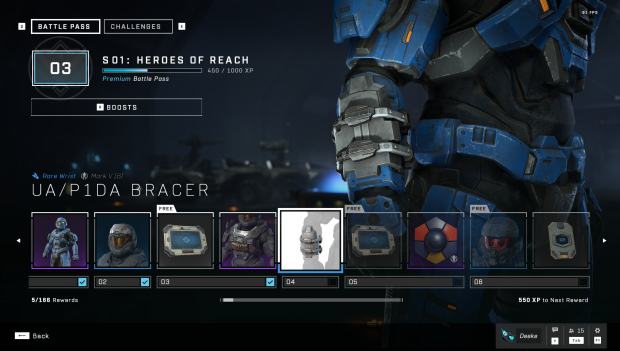 The current freebie drop isn't all that substantial. Game Pass Ultimate users get a free AR skin and other goodies like 4x double XP boosters, and 4x challenge swaps. It's a nice extra deal for Ultimate subscribers.

It's just not enough.

343i is on the right track, but they need to do more. Microsoft needs to completely embrace all Halo Infinite players and give freebies to everyone. Creating a tiered structure with monthly (or better yet, weekly) freebies will feed into one of the most powerful mechanisms for player retention that MMOs utilize to keep gamers logging in every day.

This is just one way to keep players interested...and sadly, it's not the most important thing on the docket. 343i still has to properly balance the actual progression system and create an environment where playing feels rewarding even if you don't spend any money.

Freebies will also catalyze players into spending money. The idea is to give people in-game items to customize their Spartan, which makes people actually interested in doing so. That way they're more likely to spend money on something that actually looks really cool.

Right now 343i is doing the reverse. There's simply not enough armor variant options available to make Spartan customization accessible or even enjoyable enough. You really have to spend money in order to look really awesome in Halo Infinite, and that's a big mistake.