Halo Infinite is 343i's ambitious idea for a game-as-a-platform, but this vision won't come to reality any time soon. 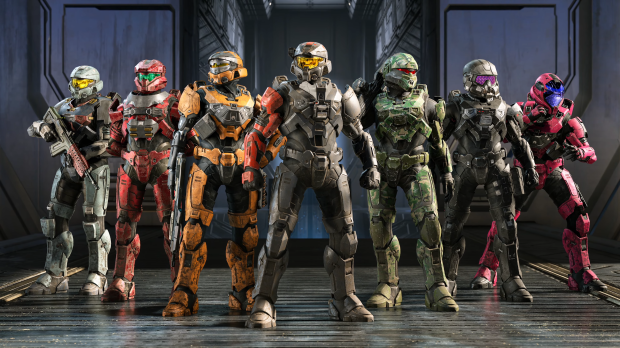 Like Fortnite, Halo Infinite's free-to-play multiplayer will likely stay in beta phase for the foreseeable future. The reason for this is simple: the game simply isn't ready yet and needs a lot of work. Infinite's progression and monetization systems have stirred up mass controversy among Halo faithful and gamers want answers as well as changes to what's described as a "predatory drip-feed" business model predicated on "nickel and diming" consumers.

343 Industries has responded to criticisms saying that changes are coming. More immediate updates include more XP doled out for challenges and promises of upcoming playlist options. More significant changes--like those to the progression and monetization mechanics--will take a lot longer to implement, hence why we think this will stay in beta for a while.

He says that Halo Infinite's development was incredibly complex--likely due to the combination of a new games engine, releasing the game across five Xbox consoles, and COVID-19 interruptions--and strongly indicates these issues won't go anywhere any time soon.

Ske7ch says Halo Infinite's current issues are a result of these complexities, not a nefarious plan to over-monetize consumers (despite its microtransaction system indicating otherwise).

"Instead it's a matter of realities of development, the unique challenges and complexities of building this game under some pretty difficult circumstances, wanting to ensure the most stable and solid experience possible out of the gate, a real desire to just get this journey started, knowing that the game will continue to grow and evolve over time."

Ske7ch also reiterates how this game will be updated, changed, and evolve over extended periods. This fits in with our post about Halo Infinite making the live service mistake of "release first, fix it later," which ailed games like Anthem and Fallout 76.

That being said, failure, disruption, disappointment and other missteps are inevitable with any live service game.

"The team shares the vast majority of feedback and sentiment coming in and as a studio we are pivoting to a service-based development team/model and will continue evolving and improving the game going forward, addressing issues as quickly and best we can while delivering new experiences when they're ready - all in a way that is healthy and sustainable for the team."

Ske7ch also defends 343i against the blatant attacks and abuse while confirming Halo Infinite has a long way to go before it's even close to the Master Chief Collection. For reference, Halo MCC had a disastrous release in 2013 and took nearly 8 years to become what it is today.

The following response was made to a thread accusing 343i of gaslighting Halo gamers:

"I wish we could just flip a switch. We'd all certainly prefer the majority of players are having a great experience. We've got a long ways to go before we come close to where MCC has grown to today but we will continue to advocate and push internally.

"Nobody doesn't want to add Slayer - we are just constrained by development realities that are more than I can really unpack here.

"Nobody likes the feeling of being blasted after years of work so just know that this - and other high pri sentiment items - is a very serious topic. As soon as we have any updates we will be sure to share."