The video has been posted by Engineered Arts to its YouTube channel and reveals the first look at the humanoid robot Ameca.

Developed by Engineered Arts, Ameca is the most advanced humanoid robot from the company and in a video recently posted to the Engineered Arts YouTube channel, Ameca's facial expressions have been demonstrated. Ameca can be seen slowly waking up by shrugging its shoulders and then quickly opening its eyes with a shock or surprised look on its face.

The facial expressions demonstrated here are truly mind-blowing, and I believe what has made this demonstration so impactful is Ameca's small facial movements such as a furrowed brow, blinking multiple times as if it was waking its eyes up, and looking down at its own hands as if it was inspecting what they are capable of.

The video is currently making its way around social media platforms, and has even captured the attention of prominent technology figures such as Marques Brownlee, and SpaceX, and Tesla CEO Elon Musk, who replied to the video on Twitter by saying, "Yikes". 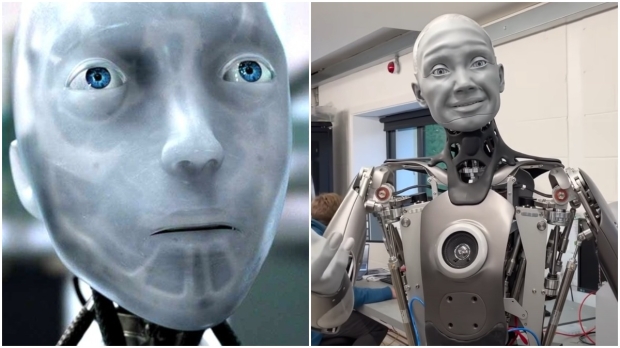