Five astronauts aboard the International Space Station have discussed what Thanksgiving means to them and what they will be doing to celebrate.

Five of the seven NASA astronaut crew gathered around a camera to let the world know that they will be celebrating Thanksgiving while traveling aboard a floating laboratory that is currently orbiting the Earth at around 17,150 miles per hour. NASA astronaut Raja Chari explained that even though it's Thanksgiving, the astronauts are still required to perform their 90 minutes to two hours of daily exercise in order to maintain health during their six-month stay aboard the station, but there is something good to look forward to when it comes to dinner.

As with most Thanksgiving celebrations, the food is an important part, and the International Space Station is no different. The astronaut's joke about how they won't be doing any cooking as all of the food aboard the station just needs to be reheated. The crew will be enjoying a wonderful meal of crab bisque, candied yams, and cherry blueberry cobbler, as well as turkey. Additionally, the crew will be performing their Thanksgiving treadmill sessions which are referred to as the "turkey trot". 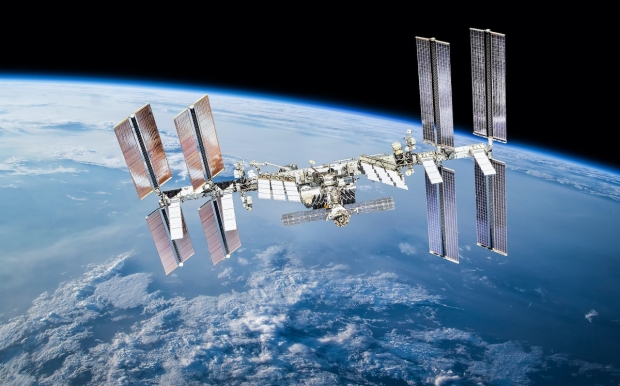