NASA's Mars rover has been climbing a mountain since 2014 and has sent back an incredible image of the progress it has made.

NASA's Curiosity rover landed on Mars back in 2012, and in 2014 it began its journey up Mount Sharp, a 3-mile-tall mountain. In a new press release on the NASA JPL website, the space agency explains that Curiosity is equipped with two navigation cameras that capture a 360-degree view of the rover's location after it completes a drive. The team saw the image that Curiosity snapped from its recent perch on the mountain and decided it was too stunning of a spot not to capture the scenery in the highest possible quality.

The team ordered the rover to snap two images with its Mastcam instrument; one at 8:30 a.m. and again at 4:10 p.m. local Mars time. NASA explains that the two times of day revealed different details in the landscape, so they were combined together to include elements from both the morning and the afternoon. The artists added in the blue and orange colors to the image to represent what the scene would look like at different times of day, not what the human eye would see if an individual was standing next to Curiosity. 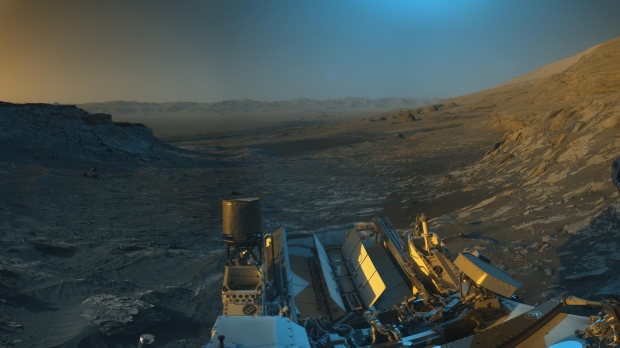 NASA writes, "The mission team was so inspired by the beauty of the landscape, they combined two versions of the black-and-white images from different times of the day and added colors to create a rare postcard from the Red Planet." 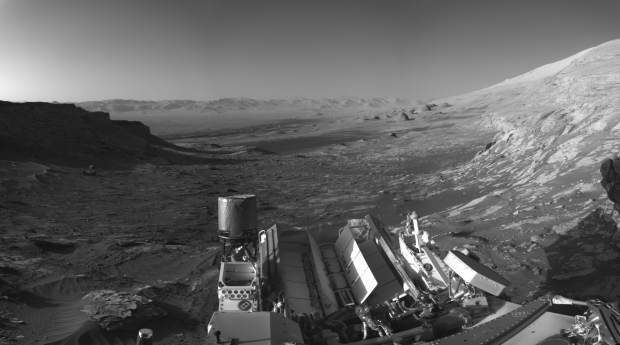 Adding, "The two times of day provided contrasting lighting conditions that brought out a variety of landscape details. The team then combined the two scenes in an artistic re-creation that includes elements from the morning scene in blue, the afternoon scene in orange, and a combination of both in green." 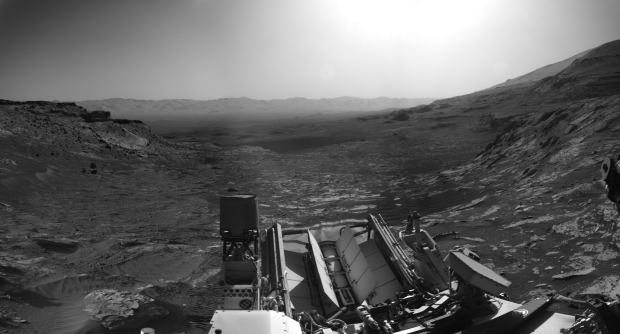