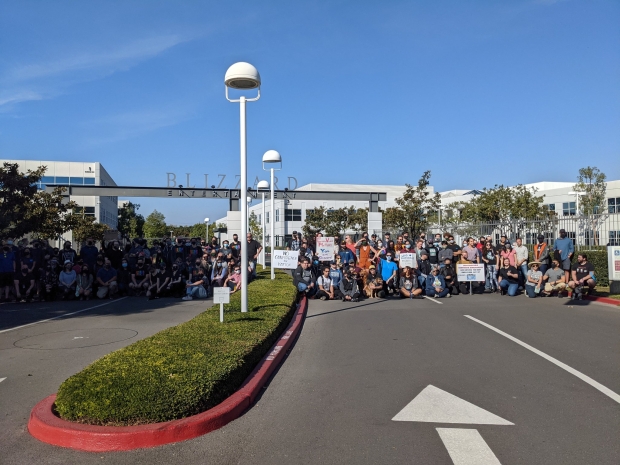 Activision's dirty laundry has been laid bare for everyone to see. Multiple lawsuits, insider reports, and public statements paint a sordid picture of Activision-Blizzard's billion-dollar empire, from harassment and pay discrimination to serious sexual abuse and rape claims. Now workers are sending a message to corporate.

Employees have formed the A Better ABK movement in an effort to rally workers together and call for change. A new petition has also been started that takes aim directly at Activision CEO Bobby Kotick, who, according to a Wall Street Journal expose, knew of specific abuse allegations and hid them from the board. 1,337 employees have signed their names publicly to the petition asking the company's board of directors to oust Kotick from a leadership position.

"We, the undersigned, no longer have confidence in the leadership of Bobby Kotick as the CEO of Activision Blizzard," the petition reads.

"The information that has come to light about his behaviors and practices in the running of our companies runs counter to the culture and integrity we require of our leadership--and directly conflicts with the initiatives started by our peers. We ask that Bobby Kotick remove himself as CEO of Activision Blizzard, and that shareholders be allowed to select the new CEO without the input of Bobby, who we are aware owns a substantial portion of the voting rights of the shareholders."

The controversy is still ongoing and Activision shares have tanked to their lowest point in the last 19 months. The company still expects to make a record $8.5 billion in revenues this year.