Newly released court documents between NASA, Blue Origin and SpaceX have revealed some stark details about how the court viewed Blue Origin's lawsuit.

The documents come from the US Court of Federal Claims and details the government body's decision to deny Blue Origin's lawsuit against NASA over Blue Origin losing the competition set out by NASA for a $2.9 Human Landing Systems contract. The competition involved companies presenting NASA with a design, to which NASA chose SpaceX over Jeff Bezos' Blue Origin. This sparked time consuming litigation and halted all construction of lunar lander, which caused a delay to be announced for the entire timeline of humans getting back onto the Moon.

Jeff Bezos' Blue Origin argued that NASA didn't give Blue Origin a fair chance because NASA waived some of the required safety reviews before each Starship is launched. SpaceX's proposal includes more than a dozen launches, which includes launching a propellant docking port, while Blue Origin's requires just three launches. Blue Origin's argument was that it would have designed an alternative lander if they were giving the same flexibility. This was then rebutted by Blue Origin being required to prove it would have had a chance of winning the contract if NASA offered them the same safety waivers.

New York Times space journalist, Joey Roulette shared the documents on Twitter, "So Blue Origin argued to the judge that it had a different lunar lander in its back pocket that it could've proposed to NASA, describing an alternative system with propellant depots and a "large number of launches," that was very similar to SpaceX's." 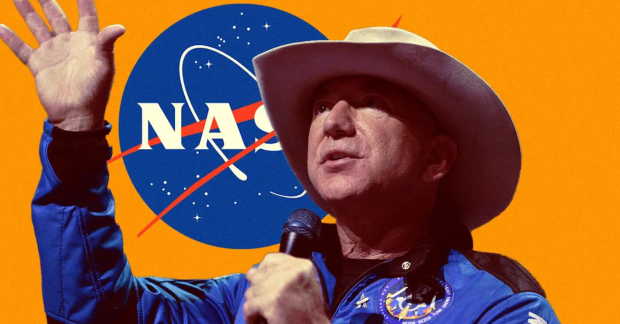