The latest New Horizons update has totally ignited Outriders' stagnant playerbase with a huge 400%+ increase in players on Steam. 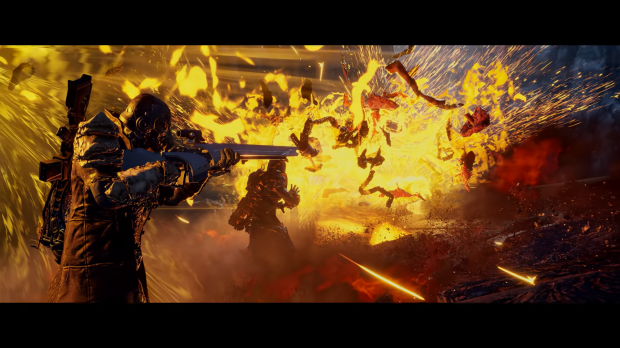 Gamers have moved on from Outriders...until now. The shooter-RPG mashup is back in the spotlight in a big way. The game's New Horizon update sees tons of players returning to try out the new content, and for good reason: the update is literally fulfilling a big wish list made by the community.

Players have responded in a big way. Outriders' active players have skyrocketed after New Horizon's release, jumping 464% one day after the update's launch. Outriders' playerbase on Steam went from 1,293 peak daily players to 6,617 daily players. That's a pretty huge jump and while it remains to be seen whether or not People Can Fly can retain these players...but for now the community is rallying behind the update.

It's also interesting to note Outriders isn't monetized so this huge surge in players may be a blip on the map for the game's overall success. Then again, it is on Game Pass, and Square Enix has noted the game performing beyond expectations.

Check out a brief highlight of the New Horizon update: