Hate the challenge-based progression system in Halo Infinite? It looks like 343 Industries will change it up. 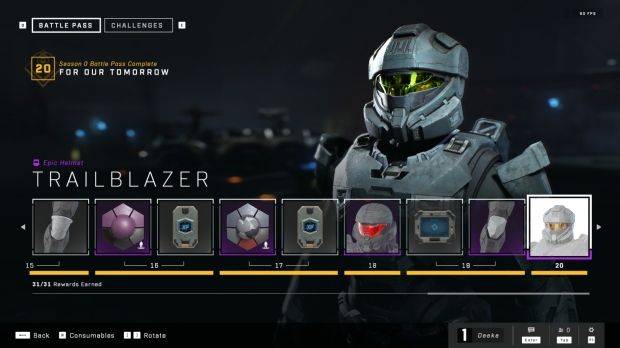 The Halo Infinite multiplayer beta stealth launched yesterday and practically everyone loves the game. That is, except for the battle pass and level up system. Infinite's progression scheme is hotly contentious because it doesn't reward you for playing and instead only gives EXP when you complete specific challenges--getting headshots, winning games, etc. Gamers have been very vocal on their feelings on Twitter, Facebook, and YouTube and 343i is taking notes.

343i community director Ske7ch, who's been with Halo from the get-go, recently said that the studio is collecting and investigating progression data so they can make the next move (which should be an EXP overhaul):

"Thank you to everyone who has jumped into the #HaloInfintie beta so far! FYI the team is looking at Battle Pass progression and gathering data from yesterday's sessions and we'll share updates as we have them. Please continue to share feedback and raise flags as you see them."

There's no ETA on when (or if) these changes could take place. It's probably not an easy thing to do so we may not see big changes before the next seasonal update.