A team of astronomers has located a new exoplanet that is showing promising signs of harboring one of life's most vital ingredients - water. 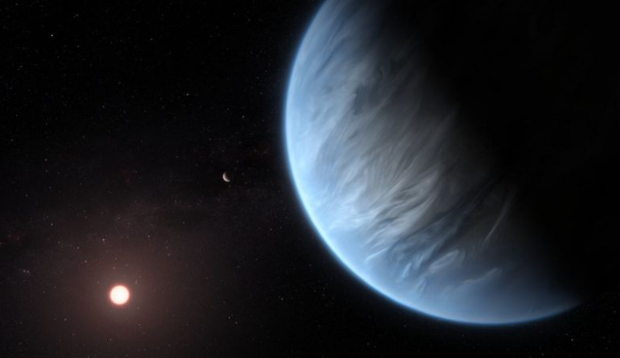 In a new paper published on the arXiv pre-print server details the discovery of an exoplanet titled TOI-2257b. Astronomers used NASA's Transiting Exoplanet Survey Satellite (TESS), which is designed to detect dips in light that planets cause when they pass in front of the star that they are orbiting. This method of discovering new exoplanets is called the transit method, and has proven to be a reliable way of observing new celestial objects.

The newly found exoplanet is believed to be twice the size of Earth, and has more than five times Earth's mass. Researchers also believe that it orbits at just 135 million miles away from its M-dwarf star TOI-2257, meaning it completes one full orbit of the star in just 35 Earth-days. The reason researchers believe TOI-2257b may harbor water is that the dwarf star it orbits is much cooler and smaller than our Sun, with an average surface temperature of around 5,792 Fahrenheit, compared to the Sun, which has a surface temperature of 9,932 Fahrenheit.

If you are interested in learning more about this new sub-Neptune planet, check out this link here.