The update has been published to NOAA's SPWC website and states that a long-duration M2 X-ray solar flare occurred at 1702 UTC (12:02 ET) on 9 November 2021. The update goes on to describe that the event took place on the northwest limb of the Sun, facing away from Earth, and that the flare was associated with a coronal mass ejection (CME) burst.

Additionally, the SPWC writes that the CME that was associated with the flare is currently under analysis, but early indicators suggest that it poses no danger to Earth. The M2 flare is categorized as a "minor" flare, with R1 (Radio Blackout) being the lowest level of classification on the five-level scale - R5 being the most extreme. Officials warn that X-rays from the flare may cause a radio blackout over the Americas - a map can be found below. 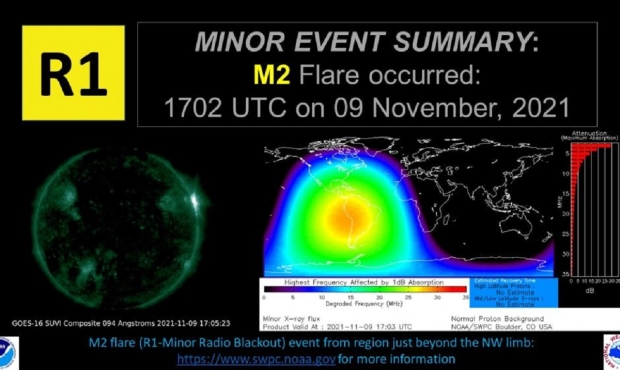 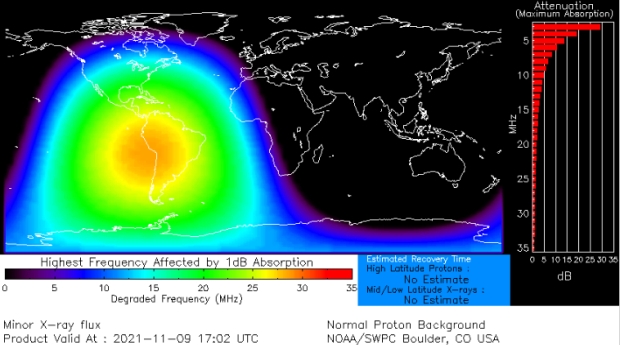