Recently Earth has been dealing with the awakening of our local star, and as a result, our blue planet has been battered with geomagnetic storms. 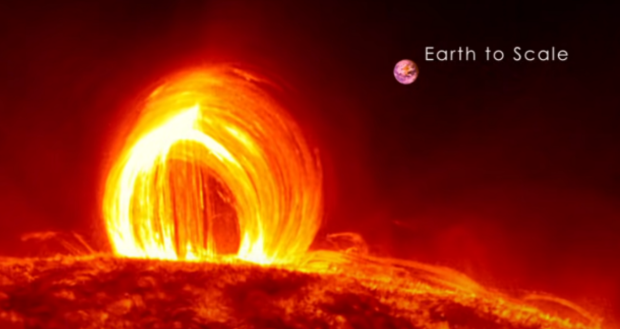 The Sun goes through what is called a solar cycle that ranges about 11 years, and during this cycle, the star goes through peaks and valleys of solar activity. Magnetic storms on the Sun's surface are called sunspots, and these sunspots can lead to solar flares happening, which are large ejections of radiation into space. Additionally, coronal mass ejections (CME) can also accompany a sunspot or a solar flare, and these CMEs are large expulsions of plasma and magnetic field from the Sun's corona.

When facing Earth, these charged particles ejected from the Sun can cause geomagnetic storms in Earth's upper atmosphere. The impact of the charged particles can result in power grids being affected, GPS communications being lost, and satellites malfunctioning. With all that in mind, officials have said that the Sun is entering its most active part of its cycle as we are seeing a ramp-up of solar activity.

Bill Murtagh, a program coordinator at the Space Weather Prediction Center (SWPC) of the National Oceanic and Atmospheric Administration (NOAA), spoke to Space.com and said, "The last several years really we've had very little activity, as is the case during solar minimum, but now we're ramping up and ramping up quite fast into the next solar cycle maximum, which we expect in 2025."

Adding, "We're seeing the increase in activity that one would expect with this rise in the solar cycle. This is kind of our awakening phase."

Read more: Officials warn the Sun is waking up, here's what you can expect

Read more: Three blasts from the Sun to hit Earth very soon, one is 'cannibal'