All NewsBusiness, Financial & LegalCases, Cooling & PSUContests & GiveawaysCPU, APU & ChipsetsDealsDisplays & ProjectorsGamingMotherboardsScience, Space & RoboticsStorageVideo CardsVirtual & Augmented Reality
All ReviewsAll ArticlesAudio, Sound & SpeakersCases, Cooling & PSUCPUs, Chipsets & SoCsComputer SystemsDisplays & ProjectorsGamingMotherboardsNetworkingPeripheralsStorageVideo Cards
GuidesGamingAsk the ExpertsNewsletterAboutForums
Windows 11Halo InfiniteBattlefield 2042Elon MuskGTA 6RTX 3080HDMI 2.1Bitcoin Mining
We've had confirmed information that the Radeon HD 2900 GT will arrive some time in mid October. However, we're sure you'd rather want to know the specs of the 2900 GT and we've got it all right here for you. As you might already have heard, the 2900 GT will have 256MB of memory, while the 2900 XT and Pro comes with 512MB or 1GB depending on model.

They all share the same GPU and the 2900 GT is actually clocked at the same 600MHz core speed as the 2900 Pro. The memory is also clocked at 1.6GHz and the card is using 256-bit GDDR3 memory as suspected. This is very similar to what ATI has done in the past with lower end products based on the same GPU as higher-end cards. 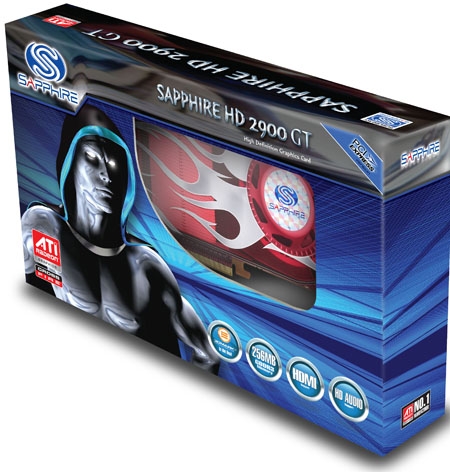 The most interesting part is that the 2900 GT is the first card based on the R600 GPU to have less than 320 stream processors. It doesn't seem like it's been too drastically cut back though, as it still has 240 stream processors. Loosing out that many stream processors will reduce the performance by any means and combined with a 256-bit memory interface, this card won't be able to compete with the 2900 Pro on any given day.

It looks like all remaining features will be the same and from the information we've seen, the card will also retain the 6 and 8-pin power connectors and the dual slot cooling, at least on initial cards. Due to the 80nm manufacturing process it's unlikely that there will be a single slot version of this card, but it could be possible.

With the possibility of an upcoming RV670 based Radeon HD 2600 XTX part with a 256-bit memory interface, it looks like the 2900 GT might be a limited product, especially as the rumor is that AMD is working on a faster 29xx series product. We've also heard that the 2950 name might not be the official product name for these cards, but time will tell.
Newsletter Subscription