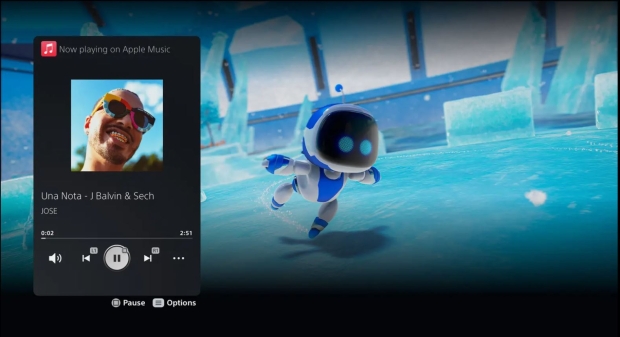 Apple Music subscribers can now natively listen to content while playing games on the PlayStation 5. Gamers have been able to listen to music USB or Spotify since 2020 and the new Apple Music service functions the exact same way: Install the app and launch it directly or listen to music natively via the PS5's UI. Users can access Apple Music by hitting the PS button and opening the Control Center, selecting Music, and selecting Apple Music from the source list.

"PS5 offers seamless integration with the Apple Music streaming service with background music and music video playback, so players can listen before, during, or after their gameplay session."

The addition of streaming services only benefits Sony, who collects a premium fee based on subscriptions offered on the PlayStation platform.