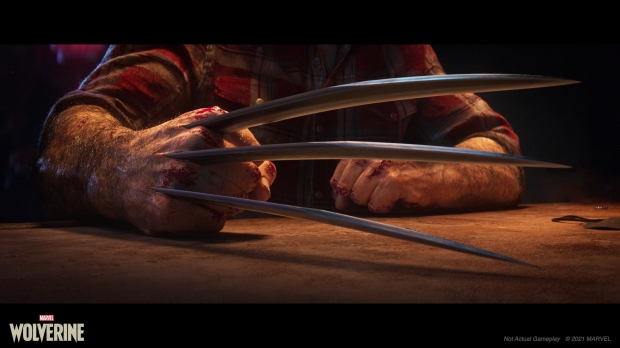 Spider-Man developer Insomniac Games is making a Wolverine game for PS5 aimed at emotional impact. Based on who's involved with story, it looks like the devs will deliver in spades. Spec Ops: The Line writer Walt Williams is not only working on the project, but he's leading the Wolverine game's story arc.

The yesteryear war shooter was known for its mind-bending narrative that made gamers question the ethics of their actions throughout the campaign, presenting scenes that didn't glorify war but exposed a more real and destructive side to it.

Now Williams is leading the Wolverine project. The news comes months after Williams joined Insomniac in March 2021 presumably to work on the game. Insomniac notes the Wolverine PS5 game is early in development and will release after Spider-Man 2, which is due out in 2023 as well.

PlayStation's Herman Hulst promises will deliver an "emotional and suspenseful journey" through Logan's life. Weapon X is one of the more fractured and tragic heroes in Marvel's universe that goes lengths into shaping him into a hardened, gruff, and incredibly violent mutant.

In the vein of our Spider-Man games, our goal here is to not only respect the DNA of what makes the character so popular, but also look for opportunities to make it feel fresh and truly reflect the Insomniac spirit.

Even though Marvel's Wolverine is very early in development, from what I've seen of its emotional narrative and cutting-edge gameplay (see what I did there?), the team is already creating something truly special.