We're seeing some amazing creations with Halo 3's new modding tools. Creators like RejectedShotgun are taking mods to new heights by creating heavy battle sequences with tons of enemies, vehicles, and even towering scarabs on the screen. It's like those big explosive missions that you know and love from Halo 3's campaign.

The end goal with the AI War project is to recreate the insanity of Halo 3's campaign mission The Ark via a concept called Global Battles, which is apparently something Bungie wanted to put in the game but cut due to hardware constraints. The mod is out now on NexusMods and you can mess about with it.

"Essentially this battle will go on indefinitely," RejectedShotgun says. "The marines are just going to go on pursuing the Covenant up the hill, the vehicles are going to replenish constantly."

The map can also be turned into a PVP operation. Gamers can take the mode into Forge and switch over to the Orange team, which will place them as an Elite against the UNSC. Pretty cool feature.

Marines will even hijack Covenant vehicles for extra fun. There's even two Easter eggs thrown into the map.

It first started off with an AA gun in the Sandbox forge map. Then the project continued with dropping hulking scarabs from orbit. There's AA guns on the map with phantoms that swoop in to replenish enemy troops. It's the chaos of Firefight and campaign mixed together.

The modder has made it so pelicans will also drop off troops to help you out.

The Halo 3 modding scene is just getting ramped up and we're already seeing some incredibly creative things that will carry the Master Chief Collection years out.

Speaking of Forge mode, Halo Infinite's Forge will have its own scripting language that's so robust is basically a game engine. 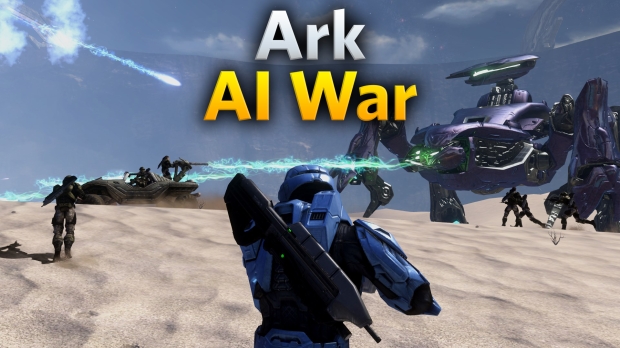