Videos have emerged of a volcano located in the United States spewing out bubbling lava in every direction it can.

The footage is of Hawaii's Kilauea volcano and was captured on October 12. The footage showcases the volcano spewing out lava from the west vent at the summit crater. According to the United States Geological Survey Hawaiian Volcano Observatory, the vent has a spatter cone around the opening that stretches some 100 feet high. This splatter cone is protecting the area around it from eruptions. However, some larger bursts of lava have exceeded the height of the cone, spilling out onto the area around it.

At the base of the splatter cone, a small opening can be seen. This opening is feeding the lava lake below it, and according to officials, as of October 8, it's estimated that the eruption has spilled out 4.2 billion gallons of eruption volume. As for sulfur dioxide emissions, it's estimated that the volcano is releasing 2,700 tonnes per day. As for the lava lake at the base of the summit, its level has increased by 148 feet since the eruption began on September 29. All lava is confined to the summit crater. 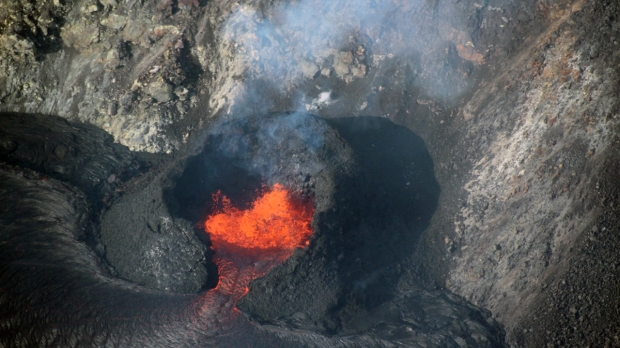 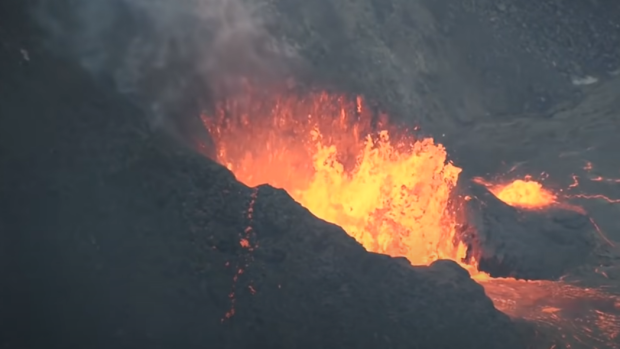